The early Universe consisted only of nonmagnetic elements and particles. Just how the magnetic forces came into existence has been researched by Prof. Dr. Reinhard Schlickeiser at the Institute of Theoretical Physics of the Ruhr-Universität Bochum. In the journal Physical Review Letters, he describes a new mechanism for the magnetization of the Universe even before the emergence of the first stars. 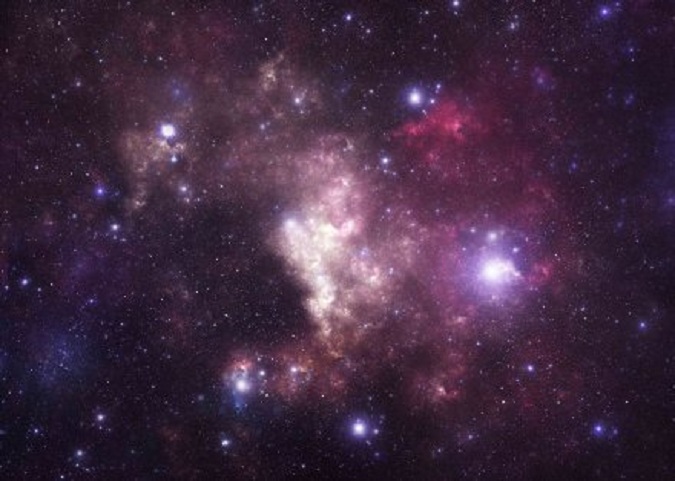 Before the formation of the first stars, the luminous matter consisted only of a fully ionized gas of protons, electrons, helium nuclei and lithium nuclei which were produced during the Big Bang. “All higher metals, for example, magnetic iron could, according to today’s conception, only be formed in the inside of stars”, says Reinhard Schlickeiser. “In early times therefore, there were no permanent magnets in the Universe.”

The parameters that describe the state of a gas are, however, not constant. Density and pressure, as well as electric and magnetic fields fluctuate around certain mean values. As a result of this fluctuation, at certain points in the plasma weak magnetic fields formed – so-called random fields. How strong these fields are in a fully ionized plasma of protons and electrons, has now been calculated by Prof. Schlickeiser, specifically for the gas densities and temperatures that occurred in the plasmas of the early Universe.

The result: the magnetic fields fluctuate depending on their position in the plasma, however, regardless of time – unlike, for example, electromagnetic waves such as light waves, which fluctuate over time. Everywhere in the luminous gas of the early Universe there was a magnetic field with a strength of 10-20 Tesla, i.e. 10 sextillionth of a Tesla. By comparison, the Earth’s magnetic field has a strength of 30 millionths of a Tesla. In MRI scanners, field strengths of three Tesla are now usual. The magnetic field in the plasma of the early Universe was thus very weak, but it covered almost 100 percent of the plasma volume.

Stellar winds or supernova explosions of the first massive stars generated shock waves that compressed the magnetic random fields in certain areas. In this way, the fields were strengthened and aligned on a wide-scale. Ultimately, the magnetic force was so strong that it in turn influenced the shock waves. “This explains the balance often observed between magnetic forces and thermal gas pressure in cosmic objects”, says Prof. Schlickeiser. The calculations show that all fully ionized gases in the early Universe were weakly magnetized.  Magnetic fields therefore existed even before the first stars. Next, the Bochum physicist is set to examine how the weak magnetic fields affect temperature fluctuations in the cosmic background radiation.