The study determined that water temperatures on the Red Planet ranged from 50°C to 150°C. Microbes on Earth can live in similar waters, for example in the volcanic thermal springs at Yellowstone Park, the scientists behind the research point out. 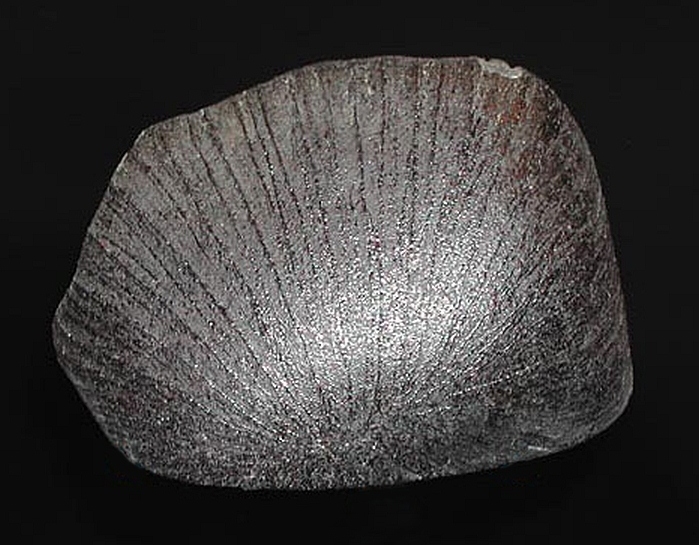 The Lafayette meteorite – the original stone is on display at the Smithsonian – is one of the most famous and beautiful of the martian meteorites – its flow lines are legendary. It was recovered by a student of Indiana’s Purdue University – he gave it to Purdue after it fell near him while fishing.

The research is based on detailed scrutiny of Mars meteorites on Earth using powerful microscopes in the University of Leicester Department of Physics and Astronomy. This was followed-up by computer modeling work at The Open University.

Dr John Bridges, Reader in Planetary Science in the University of Leicester Space Research Centre and Lead Author, said: “Rovers on Mars – the Mars Exploration rovers Spirit and Opportunity, and the Mars Science Laboratory rover Curiosity – are studying rocks to find out about the geologic history of the Red Planet. Some of the most interesting questions are what we can find out about water, how much there was and what temperature it might have had.

“While the orbiters and rovers are studying the minerals on Mars, we also have meteorites from Mars here on Earth. They come in three different groups, the shergottites, the nakhlites and the chassignites. Of most interest for the question of water on Mars are the nakhlites, because this group of Martian meteorites contains small veins, which are filled with minerals formed by the action of water near the surface of Mars.”

The Lafayette Meteorite is one of them; and the most complete succession of newly formed minerals can be found in its veins (see image). Careful investigations of the minerals with an electron microscope and a transmission electron microscope have revealed that the first newly formed mineral to grow along the walls of the vein was iron carbonate. The carbonate would have been formed by CO2-rich water around 150°C. When the water cooled to 50°C, it would have formed the clay minerals, which were then followed by an amorphous phase that has the same composition as the clay.

Microbes use the reactions during mineral formation to gain energy and elements essential for their survival.

Dr Bridges added: “The mineralogical details we see tell us that there had been high carbon dioxide pressure in the veins to form the carbonates. Conditions then changed to less carbon dioxide in the fluid and clay minerals formed. We have a good understanding of the conditions minerals form in but to get to the details, chemical models are needed.”

Dr Susanne Schwenzer, Postdoctoral Research Associate in the Department of Physical Sciences at The Open University who previously studied Martian meteorite compositions, said: “Until John’s study was finished, I used the findings from orbiters around Mars, and modelled each of the new minerals individually. Those orbiters have found clays on the surface of Mars, but the spatial resolution is very different from the detailed study achieved in the nakhlites. Before we had the detailed study of the nakhlite meteorites, we did not know that carbonates are forming first, followed by the clays. Therefore I was very excited to see the details of the new mineralogical study.”

By combining data from both universities, researchers were able to predict water conditions on Mars. Initially, the water was around 150°C and contained a lot of CO2, forming the carbonates, then cooled to about 50°C, thus forming the clays.

“The driving force heating the water might have been an impact into the Martian surface.” Dr. Bridges explains. “And you only have to look at a map of Mars to see how numerous those are on the Martian surface,” Dr. Schwenzer adds.

Source: The University of Leicester