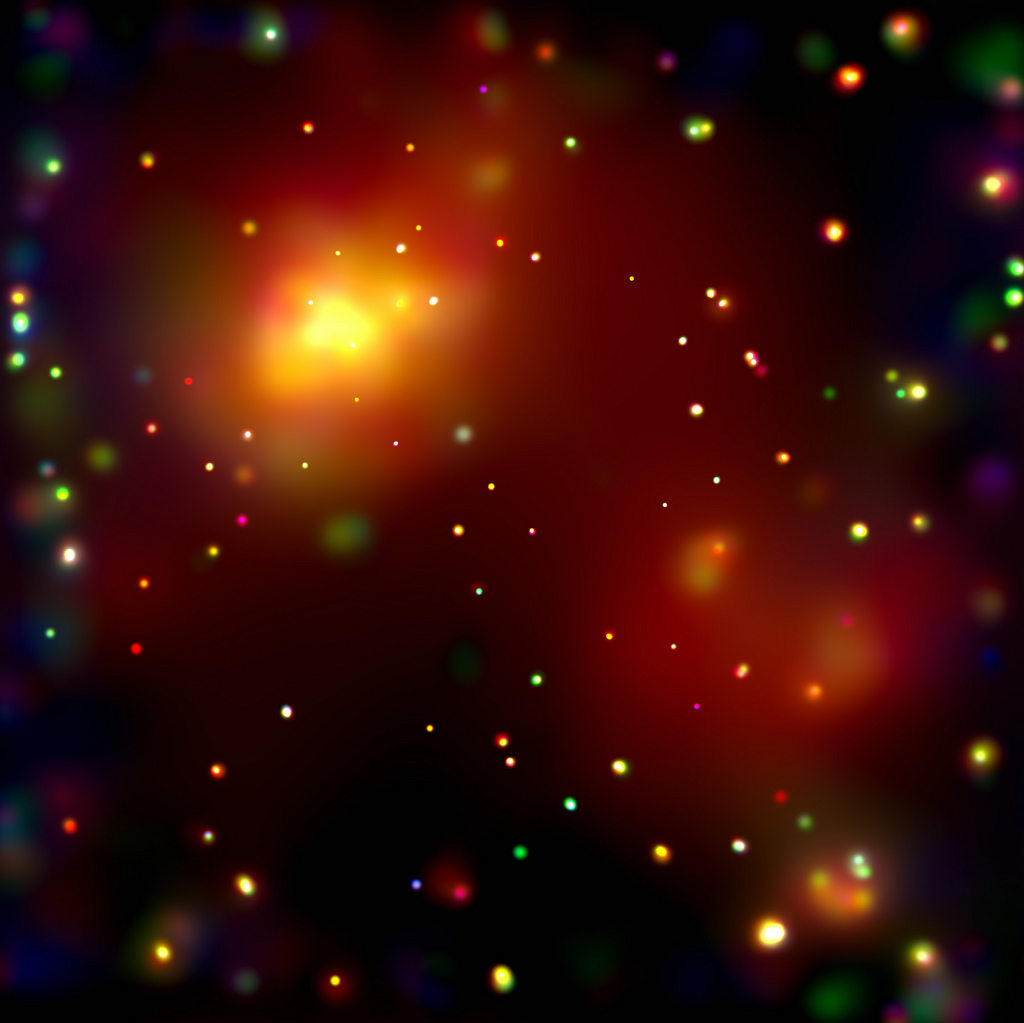 Abell 2125 is a galaxy cluster that lies about 3 billion light-years away from Earth in the constellation of Ursa Minor, and is seen at a time about 11 billion years after the Big Bang, when many galaxy clusters are believed to have formed.

It reveals a complex of several huge elongated clouds of multimillion degree Celsius gas coming together from different directions. These hot gas clouds, each of which contains hundreds of galaxies, appear to be in the process of merging to form a single massive galaxy cluster.

The bright gas cloud on the upper left is the core of Abell 2125 and envelopes hundreds of galaxies. Several galaxies in this core cluster are being stripped of their gas as they fall through surrounding high-pressure hot gas. This stripping process has enriched the core cluster’s gas in heavy elements such as iron.

The bright large cloud on the lower right also envelopes hundreds of galaxies but has an extraordinarily low concentration of iron atoms. It is thought that this cloud, which is several million light-years from the core cluster, has not yet been enriched by the stripping of iron-rich gas from its member galaxies and must be in a very early evolutionary stage. Over time, as this cloud merges into the core and the hot gas pressure increases, iron atoms should be swept from the galaxies.

Building a massive galaxy cluster is a step-by-step enterprise that takes billions of years and affects the growth and evolution of the member galaxies. The observations of Abell 2125 provide a rare glimpse into the early steps in this process.

This image was taken by the NASA/Chandra X-ray Observatory.