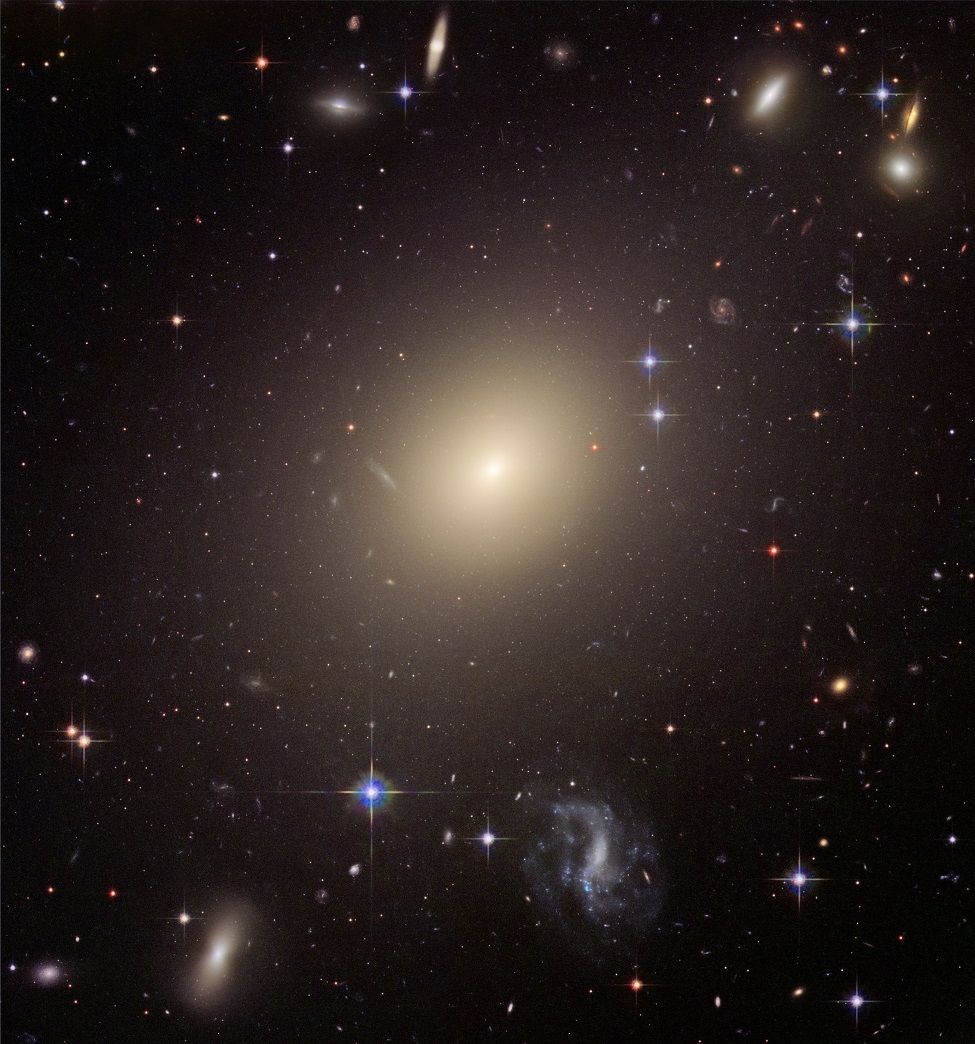 Abell S740 is a galaxy cluster that lies about 476 million light-years away from Earth in the southern constellation of Centaurus (the Centaur), while it is receding from us at approximately 10,073 kilometers per second. It is included in the Abell catalogue of rich clusters of galaxies.

The Abell catalogue is an almost complete catalogue of some 4,000 galaxy clusters with at least 30 members. It was originally compiled by George O. Abell in 1958, and extended to the southern hemisphere by Abell, Corwin and Olowin in 1987. The ‘S’ means that the cluster is situated in the southern hemisphere. The name ‘Abell’ is also used as a designation for objects he compiled in a catalog of 86 planetary nebulae in 1966.

This image shows the diverse collection of galaxies in a part of the cluster around the giant elliptical galaxy ESO 325-G004 – as massive as 100 billion of our Suns – with thousands of globular star clusters orbiting this galaxy. Globular clusters are compact groups of hundreds of thousands of stars that are gravitationally bound together. At the galaxy’s distance they appear as pinpoints of light contained within the diffuse halo.

Other fuzzy elliptical galaxies dot the image. Some have evidence of a disk or ring structure that gives them a bow-tie shape. Several spiral galaxies are also present. The starlight in these galaxies is mainly contained in a disk and follows along spiral arms.

This image was created by combining Hubble science observations taken in January 2005 with Hubble Heritage observations taken a year later to form a 3-color composite. The filters that isolate blue, red and infrared light were used with the Advanced Camera for Surveys aboard the Hubble Space Telescope.