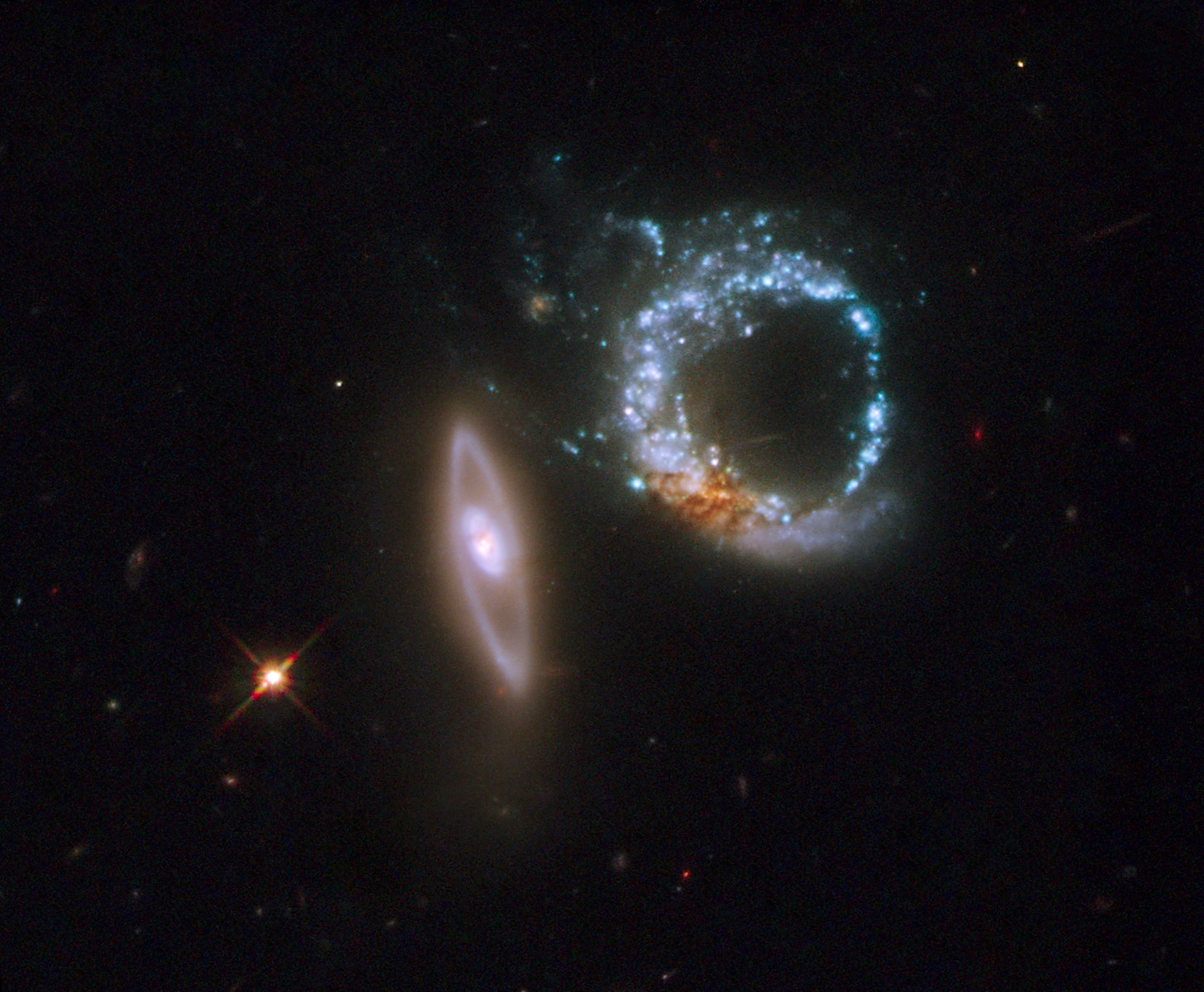 Arp 147 is an interacting pair of galaxies, a spiral galaxy (right) and an elliptical galaxy (left), that appear to mark the number 10. It is about 115,000 light-years across and lies some 430 million light-years away in the constellation Cetus.

The left galaxy, or the “1” in this image, is relatively undisturbed apart from a smooth ring of starlight. An X-ray source detected in the nucleus of this galaxy may be powered by a poorly-fed supermassive black hole.

The collision has produced an expanding wave of star formation – like a ripple across the surface of a pond – that shows up as this blue ring, containing an abundance of massive young stars. These stars race through their evolution in a few million years or less and explode as supernovas, leaving behind neutron stars and black holes. (Nine X-ray sources scattered around the ring in Arp 147 are so bright that they must be black holes, with masses that are likely ten to twenty times that of the Sun.) The most intense star formation may have ended some 15 million years ago.

The dusty reddish knot at the lower left of the blue ring probably marks the location of the original nucleus of the galaxy that was hit.