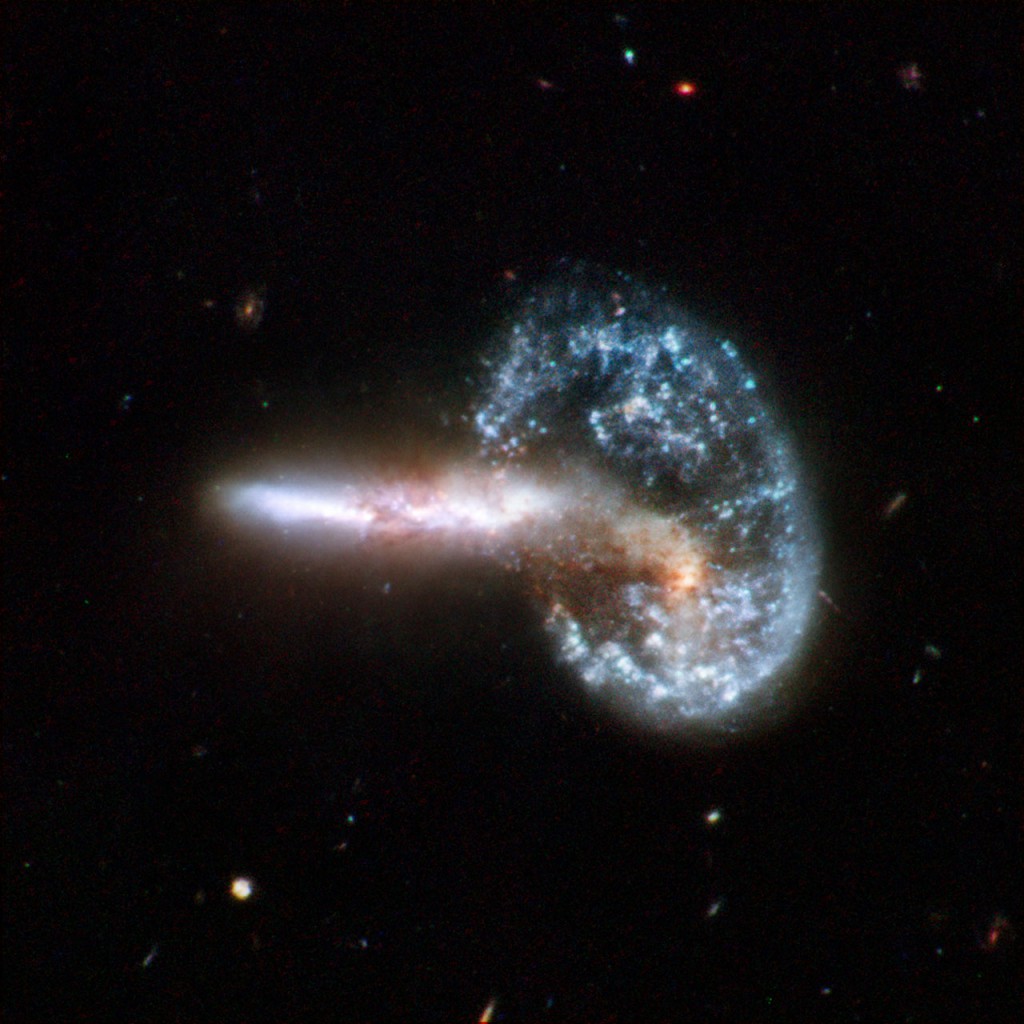 Mayall’s object (also known as Arp 148) is the stunning result of an encounter between two galaxies resulting in a ring-shaped galaxy and a long-tailed companion, located almost 465 million light-years away within the constellation Ursa Major. The pair extends across 80 thousand light-years.

The collision between the two parent galaxies produced a shockwave effect that first drew matter into the center and then caused it to propagate outwards in a ring. The elongated companion perpendicular to the ring suggests that Arp 148 offers a unique view of a collision in progress.

What probably has been the core of the “target” galaxy can be seen as a small yellow area at 5 o’clock inside the newly formed ring. Massive star formation dominates the ring. Infrared observations also reveal a strong obscuration region that appears as a dark dust lane across the nucleus in optical light.

This interacting pair of galaxies is included as number 148 in Arp’s “Atlas of Peculiar Galaxies”, a catalog of 338 peculiar galaxies produced by Halton Arp. This catalog was meant to provide examples of various types of galaxies as a guide for study of the origin and evolution of galaxies, at a time (the mid-1960’s) when astronomers had little idea what that involved. Although the Atlas was intended only as a sampling, rather than an inclusive listing of galaxies, it contains a number of interesting objects which are often referred to by their Arp numbers.

Galaxies can and do merge. In the past, collisions were more common when the Universe was smaller and the islands of stars were much closer to each other. While mergers are less frequent today, they still do occur. Right now, our own galaxy, the Milky Way, is consuming the Sagittarius dwarf elliptical galaxy. But in about two billion years the Milky Way and the giant Andromeda Galaxy will collide.

In this Hubble image you’ll find a great many of the faint “stars” which are really distant anonymous galaxies.