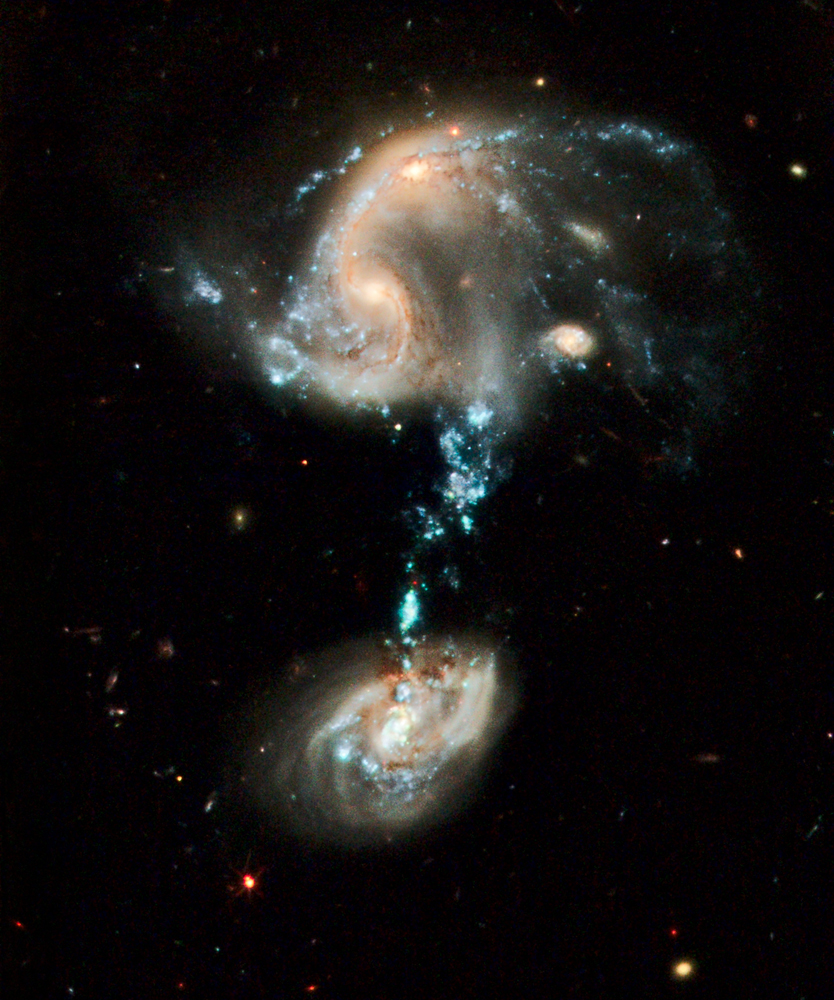 Arp 194 (also known as UGC 6945) contains three merging galaxies and a background galaxy, along with a “cosmic fountain” of newborn blue stars, gas, and dust that stretches over 100,000 light-years, which flows from the upper components to the background galaxy. This peculiar system of galaxies is located about 600 million light-years away in the constellation Cepheus.

The details of the interactions among the multiple galaxies that make up Arp 194 are complex. The system was most likely disrupted by a previous collision or close encounter. The shapes of all the galaxies involved have been distorted by their gravitational interactions with one another.

The blue “fountain” is the most striking feature of this galaxy troupe and it contains complexes of super star clusters that may have as many as dozens of individual young star clusters in them. Overall, the “fountain” contains many millions of stars. It formed as a result of the gravitational forces of interactions among the galaxies in the northern component of Arp 194. Hubble’s resolution shows clearly that the stream of material lies in front of the southern component of Arp 194.

The northern (upper) component of Arp 194 appears as a haphazard collection of dusty spiral arms, bright blue star-forming regions, and at least two galaxy nuclei that appear to be connected and in the early stages of merging. A third, relatively normal, spiral galaxy appears off to the right. The southern (lower) single galaxy is a large spiral galaxy in the background, with its own blue star-forming regions.