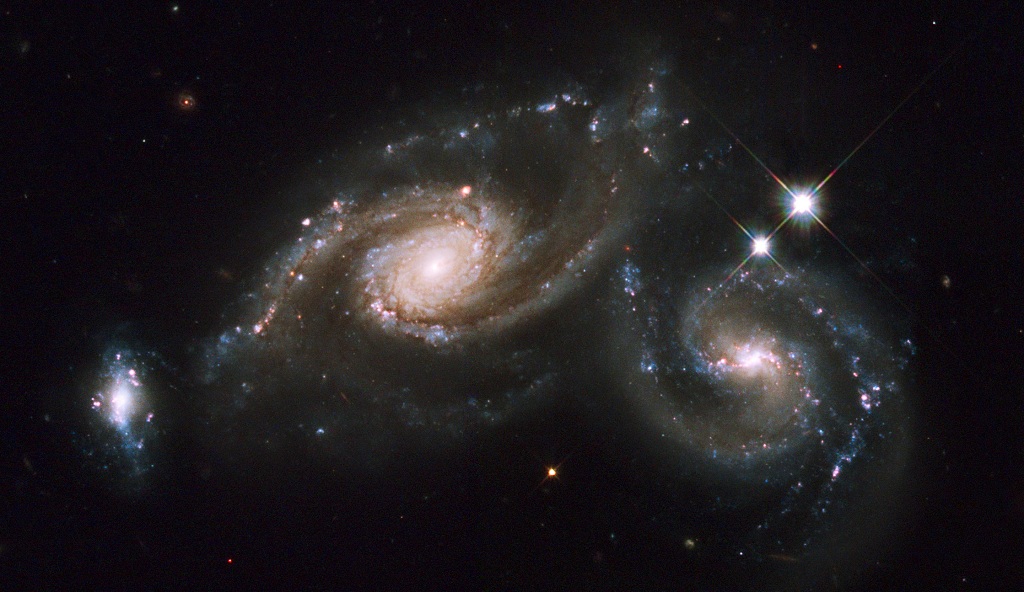 Arp 274 (also known as the NGC 5679 group) is a triplet of galaxies that span about 200,000 light-years, and that appear to be partially overlapping in the image. They are located around 400 million light-years away in the constellation of Virgo.

Although the galaxies of Arp 274 were previously thought to be interacting gravitationally, there seems to be little evidence for this. The spiral shapes of the two larger galaxies appear mostly intact, without the distortions typical of interacting galaxies. The third galaxy (to the far left) shows evidence of star formation.

The central bulges house older, yellowish stars and a bright central cluster of stars. A bright central cluster of stars pinpoint each nucleus. Younger blue stars trace the spiral arms, along with pinkish nebulae that are illuminated by new star formation. The two bright stars immediately above the galaxy on the right are actually located much closer, in fact they are in our own galaxy.

This image was produced by Hubble’s Wide Field and Planetary Camera 2, and is a blend of blue, visible, infrared and hydrogen emissions.