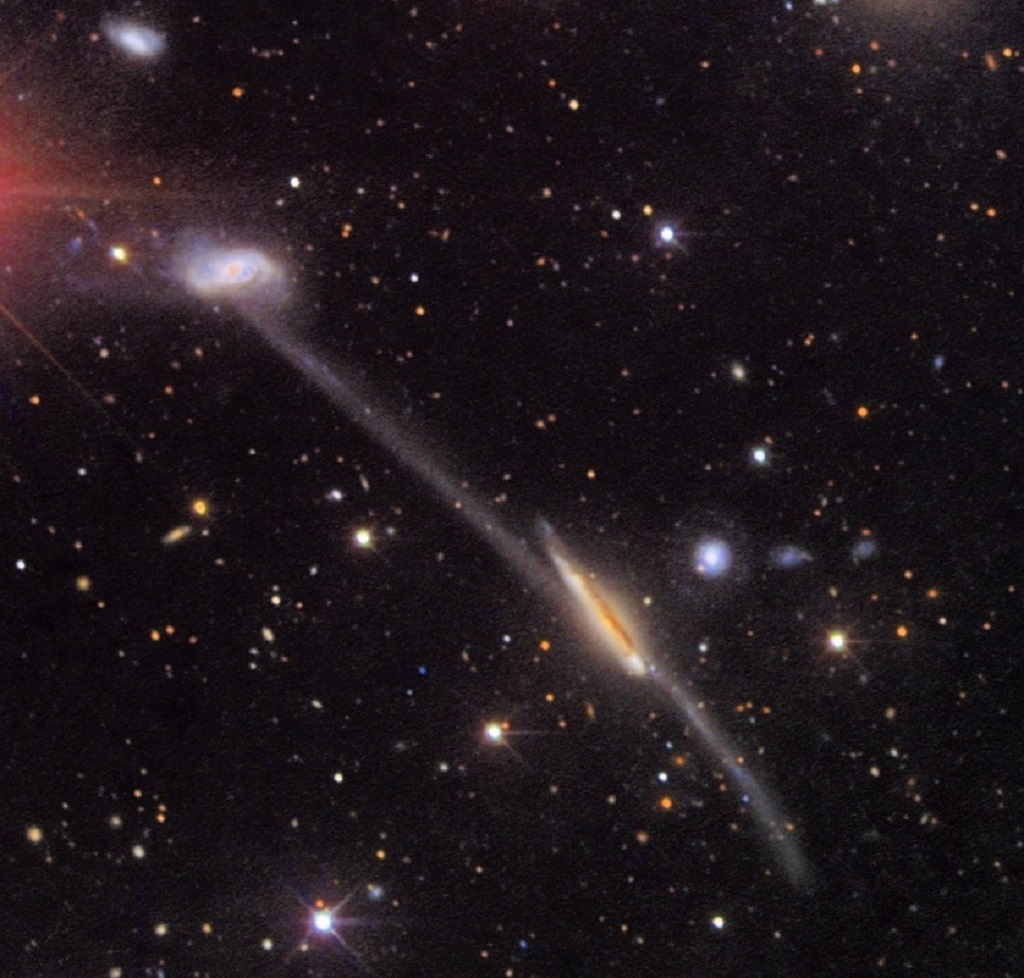 Arp 295 is a pair of interacting spiral galaxies connected by a bridge of stars and gas of nearly 250,000 light-years long. The pair is located some 270 – 295 million light-years away from Earth in the northeastern corner of the constellation Aquarius (the Water-Bearer).

The name “Arp 295” derives from being included in Arp’s Atlas of Peculiar Galaxies, a catalog of 338 peculiar galaxies, drawn up by Halton Arp in the years from 1962 through 1967 and published by the California Institute of Technology. Arp listed number 295 one of the “double or multiple galaxies with long filaments”.

Arp is classified as a spiral with open, well-defined arms and a small core region, but might as well be a ring galaxy instead. Arp 295b is an asymmetric spiral galaxy with the disk more extended eastwards but with the brightest star-formation regions on the west side of the nucleus. Its rotation curve of is also very asymmetric: the east (approaching) side has a higher radial velocity than the west. The slowed rotation on the western side of the nucleus may have locally enhanced star-formation.

The cosmic bridge between the galaxies and the long tail extending below and right of picture center are due to a near passby of them billions of years ago, allowing violent tides induced by mutual gravity to create the plumes of stellar material.

While such interactions are drawn out over billions of years, repeated close passages should ultimately result in the merger of Arp 295 into a larger single galaxy of stars. Although this scenario does look peculiar, galactic mergers are thought to be common, with Arp 295 representing an early stage of this inevitable process.

This deep color image of the region was taken in September 2003 using the USNO 1 meter telescope near Flagstaff, Arizona.