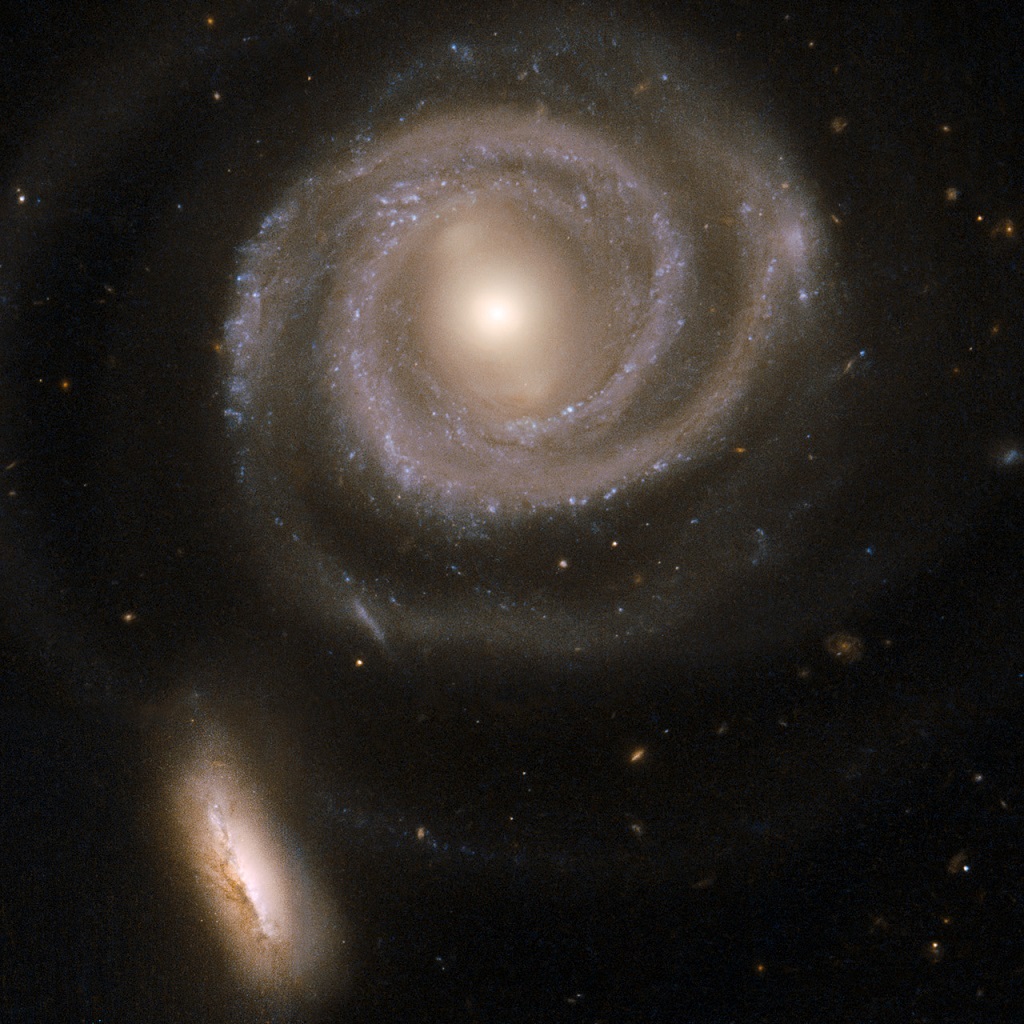 Arp 297 is a quartet of galaxies, consisting of NGC 5752, NGC 5753, NGC 5754 and NGC 5755, which looks like a compact group but actually consists of two galaxy pairs at quite different distances, located in the northern constellation of Boötes (the Herdsman). In this image we only see the interacting galaxies NGC 5754, the large spiral on top, and NGC 5752, the smaller companion in the bottom left corner.

The name “Arp 297″ derives from being included in Arp’s Atlas of Peculiar Galaxies, a catalog of 338 peculiar galaxies, drawn up by Halton Arp in the years from 1962 through 1967 and published by the California Institute of Technology. Arp’s catalog was based only on the visual appearance of galaxies and groups of galaxies, and not whether they were actually physically related to each other.

In contrast, the small companion NGC 5752 (about 45 thousand light-years across) has undergone a starburst event, with a rich population of massive and luminous star clusters clumping around the core and intertwined with the intricate dust lanes. The contrasting reactions of the two galaxies to their interaction are due to their very different masses and sizes.

This image is taken on March 14, 1999 with the Wide Field Planetary Camera 2 onboard the Hubble Space Telescope using an optical and an infrared filter, and released on the occasion of Hubble’s 18th anniversary on 24th April 2008.