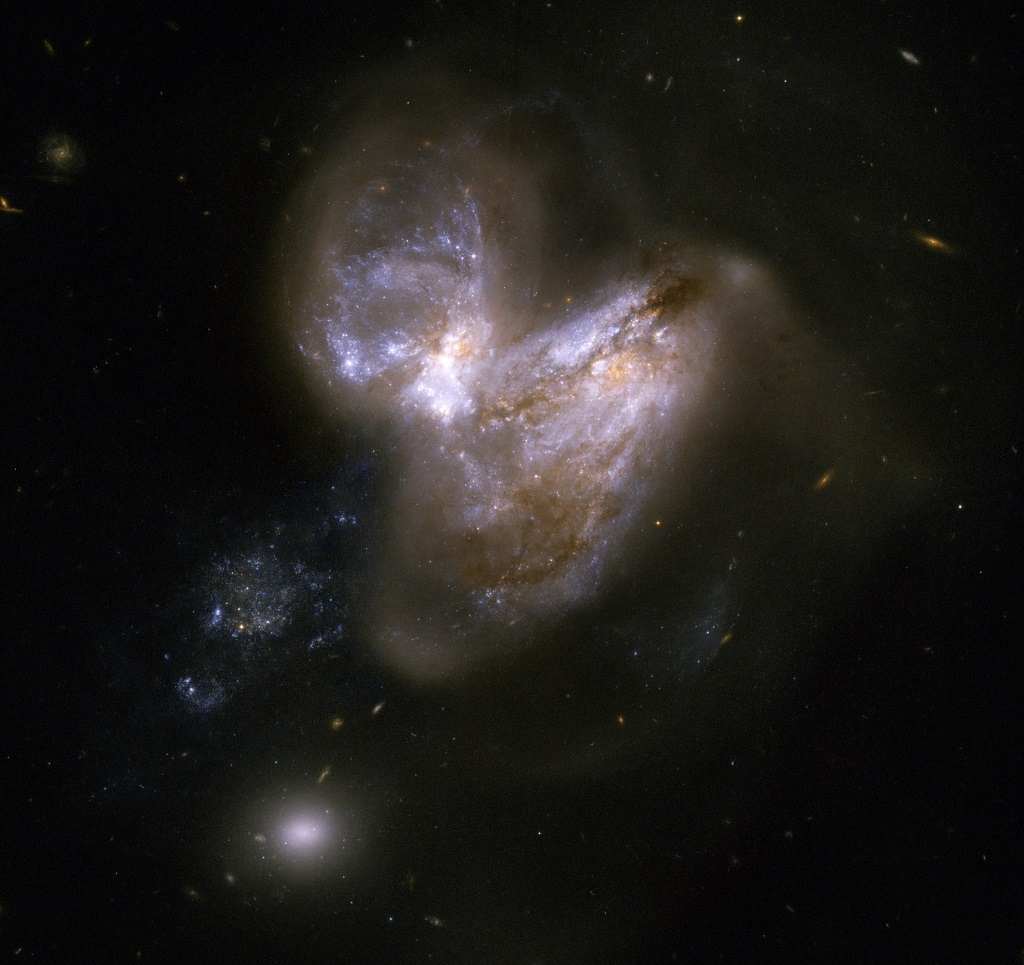 Arp 299, consisting of IC 694 (left) and NGC 3690 (right), is an interacting pair of barred irregular galaxies that lie about 134 million light-years away in the constellation of Ursa Major, the Great Bear. The system is receding from us at roughly 300 kilometers per second. Arp 299 belongs to the family of ultra-luminous infrared galaxies.

The name “Arp 299” derives from being included in Arp’s Atlas of Peculiar Galaxies, a catalog of 338 peculiar galaxies, drawn up by Halton Arp in the years from 1962 through 1967 and published by the California Institute of Technology.

The two galaxies made one close pass about 700 million years ago. From this interaction, gas, dust, and stars were hurled into debris trails stretching nearly half a million light-years.

As a result of this interaction, the system underwent a fierce burst of star formation, and produced young powerful starburst regions, super star clusters. These star clusters in their turn produced at least eight, but probably many more, supernovae within the last 25 years, making this system a distinguished supernova factory.

A supernova occurs when a star explodes in the final phase of its life. The exploding star can become billions of times as bright as the Sun before gradually fading from view. At its maximum brightness, the exploded star may outshine an entire galaxy. Supernova explosions are enriching the intergalactic gas with elements like oxygen, iron, and silicon that will be incorporated into new generations of stars and planets.

This image was taken with the Wide Field Channel of the Advanced Camera for Surveys on the Hubble Space Telescope on March 18, 2002.