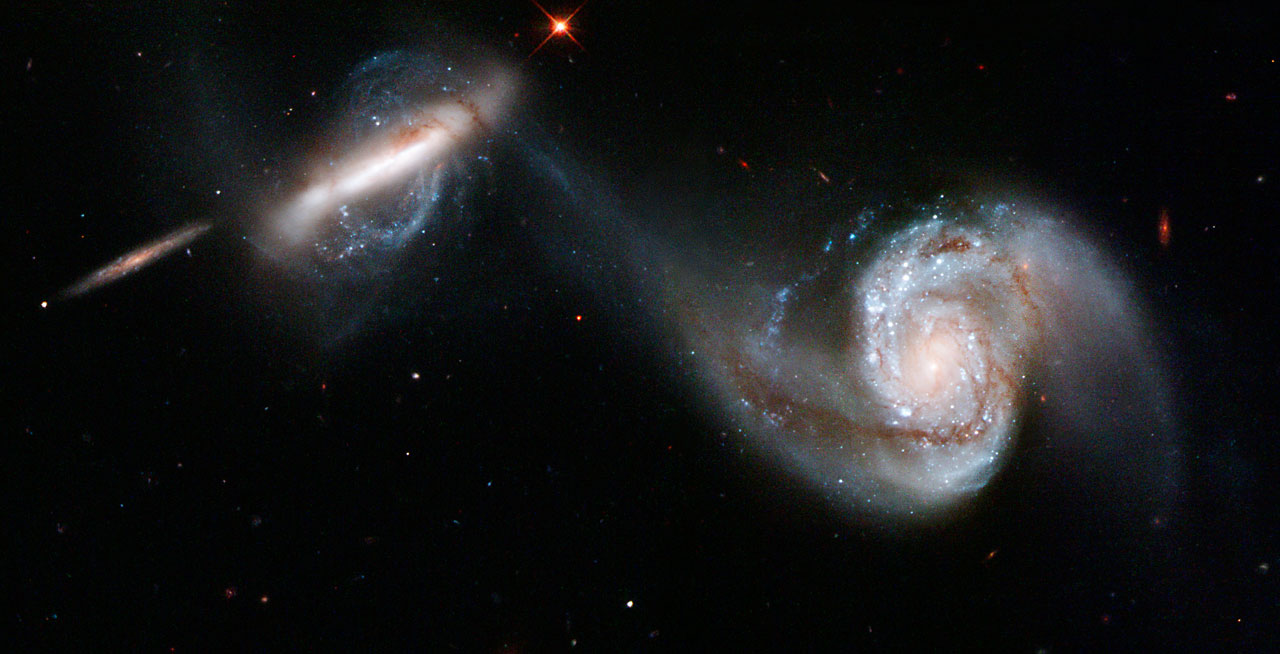 Arp 87 is a stunning pair of interacting galaxies about 300 million light-years from Earth in the constellation Leo. Stars, gas, and dust flow from the large spiral galaxy NGC 3808A (on the right), forming an enveloping arm around its companion NGC 3088B (on the left).

NGC 3808A is a nearly face-on spiral galaxy with a bright ring of star formation with many young blue star clusters and several prominent dust arms. NGC 3808B is a spiral galaxy seen edge-on and is surrounded by a rotating ring that contains stars and interstellar gas clouds. The ring is situated perpendicular to the plane of the host galaxy disk and is called a polar ring.

As seen in other mergers similar to Arp 87, the corkscrew shape of the tidal material or bridge of shared matter suggests that some stars and gas drawn from the larger galaxy have been caught in the gravitational pull of the smaller one. The shapes of both galaxies have been distorted by their gravitational interaction.

This cosmic bridge of stars, gas, and dust which stretches for over 75,000 light-years is strong evidence that these two immense star systems have passed close to each other and experienced violent tides induced by mutual gravity.

While such interactions are drawn out over billions of years, repeated close passages should ultimately result in the merger of this pair of galaxies into a larger single galaxy of stars.

The prominent edge-on spiral at the far left appears to be a more distant background galaxy and not involved in the on-going merger.