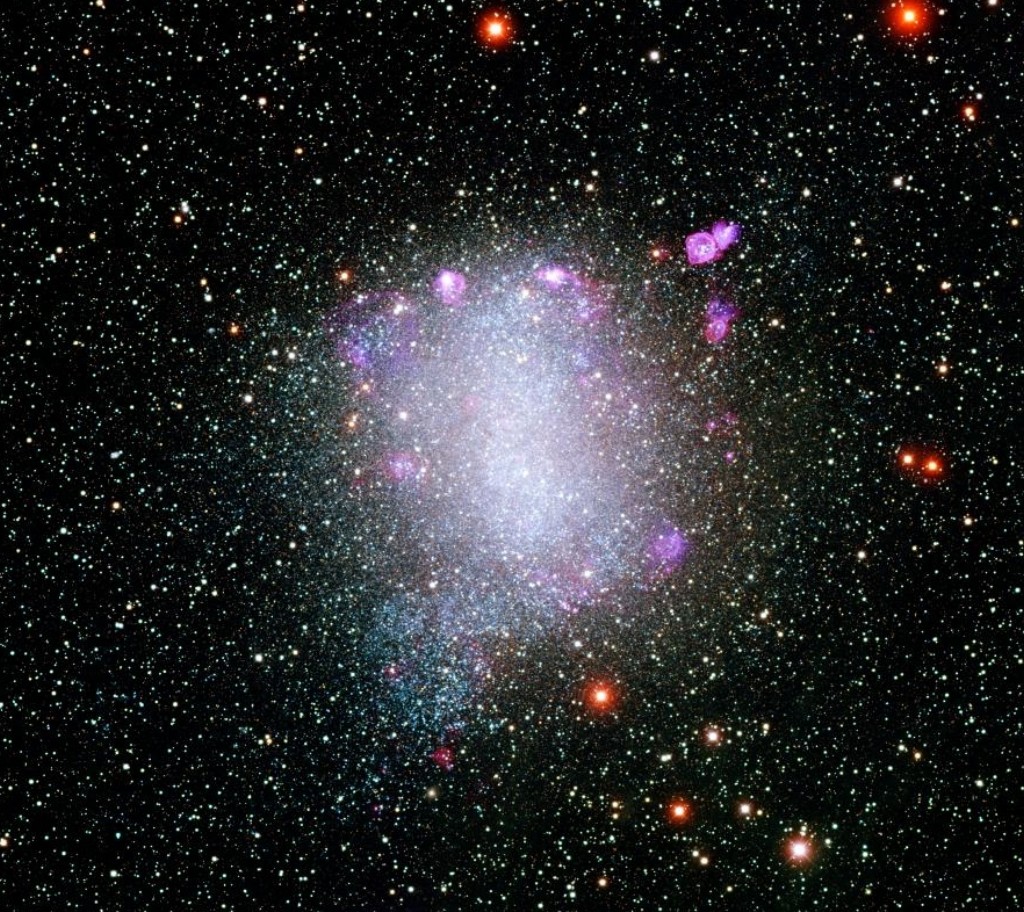 Barnard’s Galaxy (NGC 6822, IC 4895, or Caldwell 57) is a barred irregular galaxy about 1.6 million light-years away in the constellation Sagittarius, that appears nearly rectangular from our vantage-point.

This dwarf galaxy is about a tenth of the Milky Way’s size and contains about a mere 10 million stars (the Milky Way about 400 billion). It is one of the closer galaxies to the Milky Way and part of the Local Group of galaxies.

The most peculiar about Barnard’s Galaxy is the unusually high abundance (over 150) of HII regions. Large HII regions, also known as emission nebulas, are visible surrounding the small galaxy, particularly toward the upper right.

These “bubbles” of gas are probably caused by stars that formed from their natal gas clouds. The extra gases in these clouds were expelled into space, pushed out by the energetic stellar winds of the baby stars. Since this galaxy (especially on the outskirts) does not have much in the way of internal motions, the bubbles of gas continue to expand without anything disrupting it. Bright bluish stars toward the lower left are scattered out into what appears to be the first signs of a straggling spiral arm.

Edwin Hubble identified 15 variable stars (11 of which were Cepheids) in NGC 6822, and also provided spectral characteristics, luminosities and dimensions for the five brightest H II regions that included the Bubble Nebula and the Ring Nebula. He also computed the absolute magnitude of the entire galaxy.