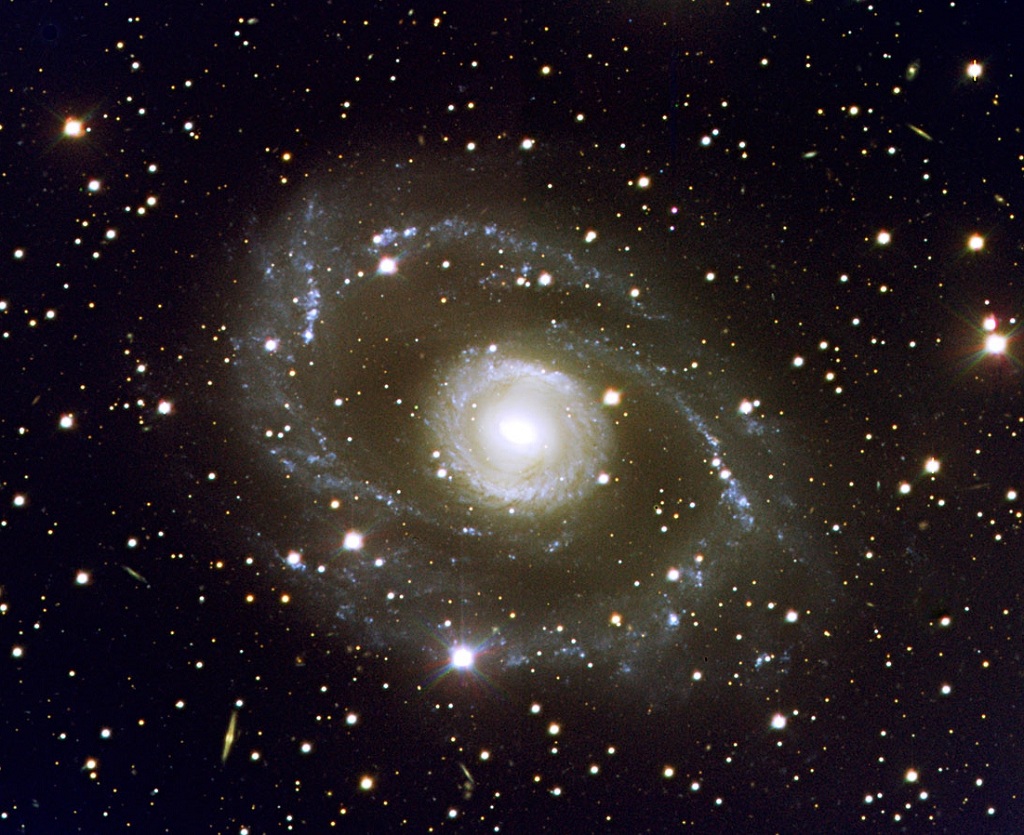 ESO 269-G57 is a huge barred spiral galaxy of nearly 200,000 light-years across (almost twice as large as our Milky Way galaxy!), located some 155 million light-years away towards the southern constellation of Centaurus (the Centaur), in the center of the Centaurus cluster of galaxies. It is speeding away from us at roughly 3110 kilometers per second.

This galaxy was discovered during the ESO/Uppsala Survey of the Southern Skies in the 1970s, during which over 15,000 southern galaxies were found.

This symmetrical starburst galaxy shows us its central galactic nucleus (yellow), surrounded by an inner ring of tightly wound spiral arms. Spiralling out from this are two more diffuse spiral arms that appear to split into several branches. The spiral arms and the inner ring contain many star-forming regions (blue). ESO 269-G57 consists of about 300 billion stars and 270 billion multiple star systems.

In 1992 supernova 1992K was observed in this galaxy, south-west of its nucleus.

The data for this image were obtained with the Very Large Telescope using several filters on the ANTU and FORS1 instruments on 27 March 1999, and further processed by Henri Boffin (ESO). The image includes many foreground stars and distant background galaxies. North is up and East is to the left.