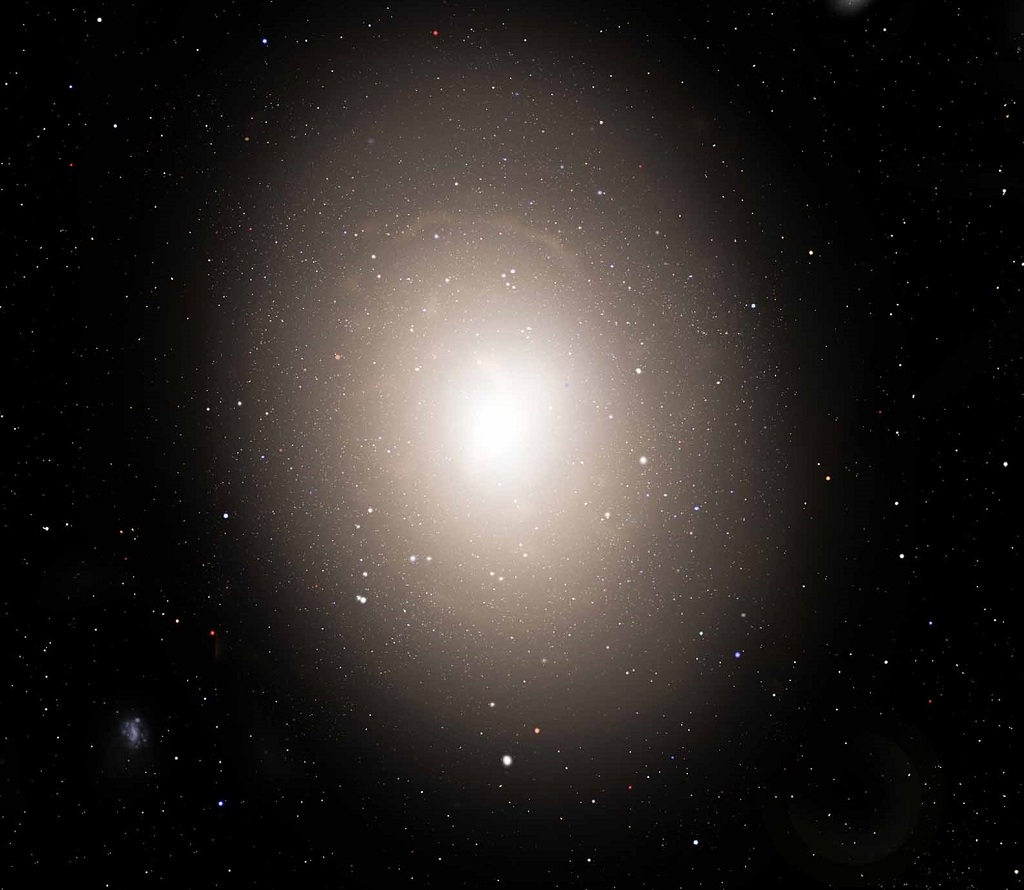 IC 1101 is a supergiant elliptical galaxy of approximately 6 million light-years across, what makes it the largest known galaxy (as of 2013). It lies about 1.07 billion light-years away from Earth in the constellation of Virgo (the Virgin), while it is speeding away from us at roughly 23,370 kilometers per second.

Made up of more than 100 trillion stars (for comparison, our Milky Way has about 300 billion stars), this galaxy is the extremely bright object at the center of Abell 2029, a massive cluster of thousands of galaxies. Being one of the most luminous galaxies ever seen, IC 1101 emits more than one quarter of the total light from this galaxy cluster.

This huge galaxy is giving birth to very few new stars. Unless it continues to collide and join with other younger galaxies, IC 1101 will eventually fade away.