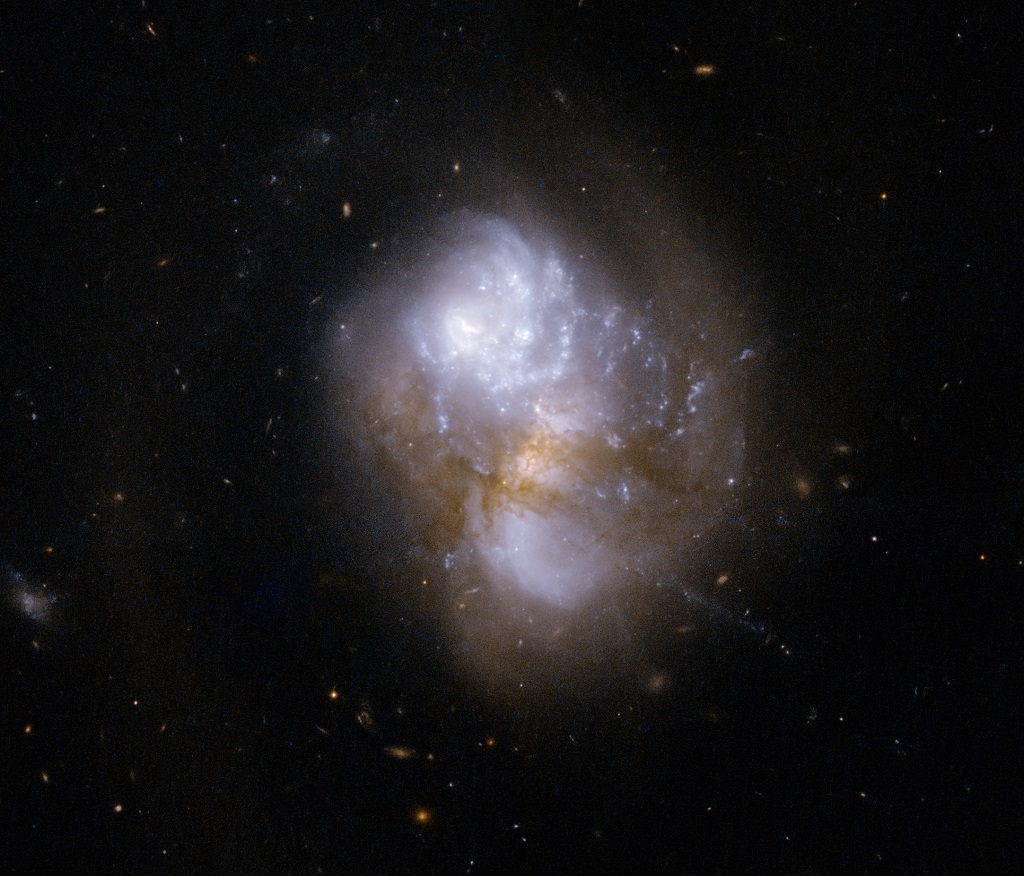 IC 1623 (also known as Arp 236 or VV 114) is a pair of interacting galaxies located some 250 – 300 million light-years away from Earth in the constellation of Cetus (the Whale). They are speeding away from us at over 6,000 kilometers per second.

The galaxy pair (IC 1623A above and to the left of IC 1623B) consists mainly of intermediate age and young stars. The many young star-forming regions have probably been triggered by the first encounter of the merger.

IC 1623 is very bright when observed in the infrared and classified as a pair of luminous infrared galaxies (LIRGs). It is approaching the final stage of its merger. Finally a violent central inflow of gas will trigger intense starburst activity that could boost the infrared luminosity above the ultra-luminous threshold (more than 1012 as luminous as our Sun). The system will likely evolve into a compact starburst system.

One of the two galaxies, the infrared-bright, but optically obscured galaxy IC 1623B (or VV 114E), has a substantial amount of warm and dense gas. Warm and dense gas is also found in the overlap region connecting the two nuclei.

This image was taken on July 11, 2002 with the Wide Field Channel of the Advanced Camera for Surveys on the Hubble Space Telescope, using an optical and an infrared filter, and released on the occasion of its 18th anniversary on 24th April 2008.