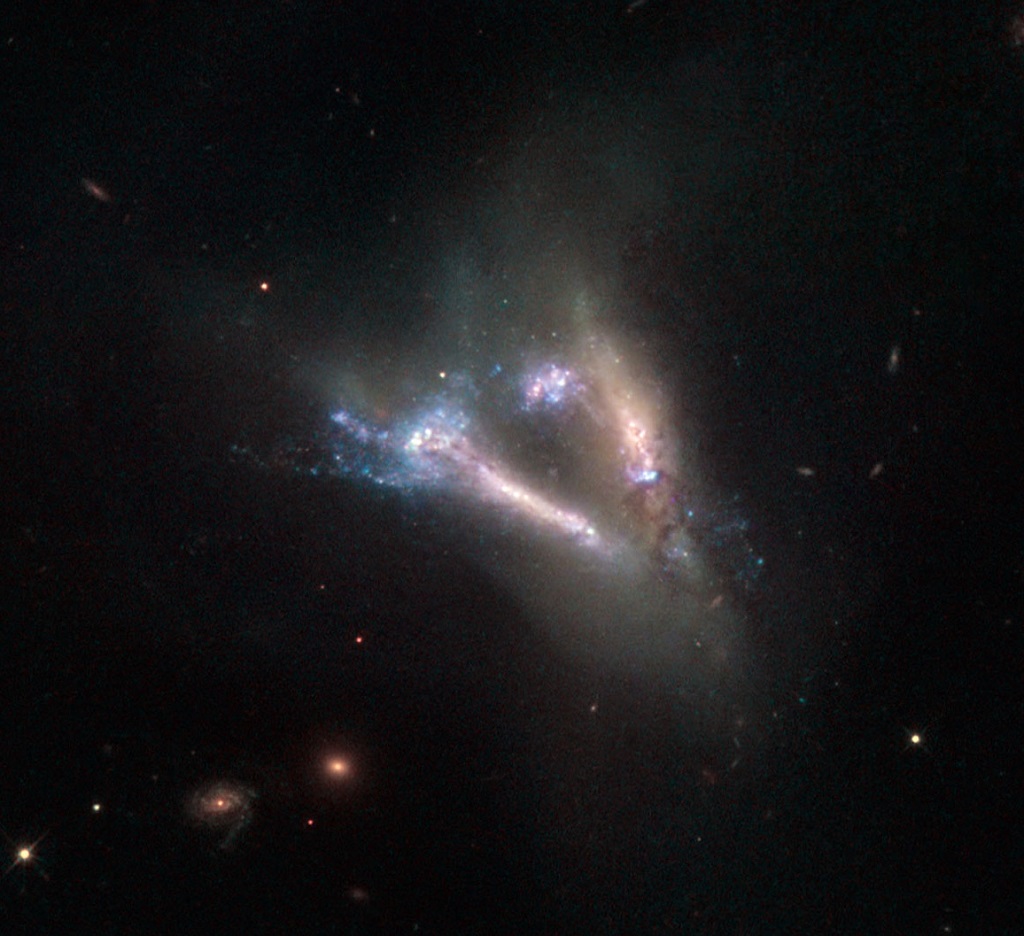 IC 2184 is an interacting pair of galaxies, looking like a large “flying V”, located some 162 million light-years away from Earth in the faint northern constellation of Camelopardalis (The Giraffe). The pair is receding from us at about 3604 kilometers per second.

These tidal tails are thin, elongated streams of gas, dust and stars that extend away from the galaxies into space. They occur when galaxies gravitationally interact with one another, and material is sheared from the outer edges of each body and flung out into space in opposite directions, forming two tails. They almost always appear curved, so when they are seen to be relatively straight, as in this image, it is clear that we are viewing the galaxies side-on.

The colliding gas clouds in this system stir up vigorous star formation, clearly visible in this image as bursts of bright blue, hot regions.

The pair of galaxies should eventually merge into a single larger galaxy, and since we see them as they were in the very distant past, by now they have not only merged, but all the exceptionally bright stars created by their collision have lived out their brilliant but brief lives and have exploded in supernovae.

This image is taken with the Wide Field Planetary Camera 2 onboard the Hubble Space Telescope using visible, utlraviolet and infrared filters. A version of this picture was entered into the Hubble’s Hidden Treasures image-processing competition by contestant Serge Meunier.