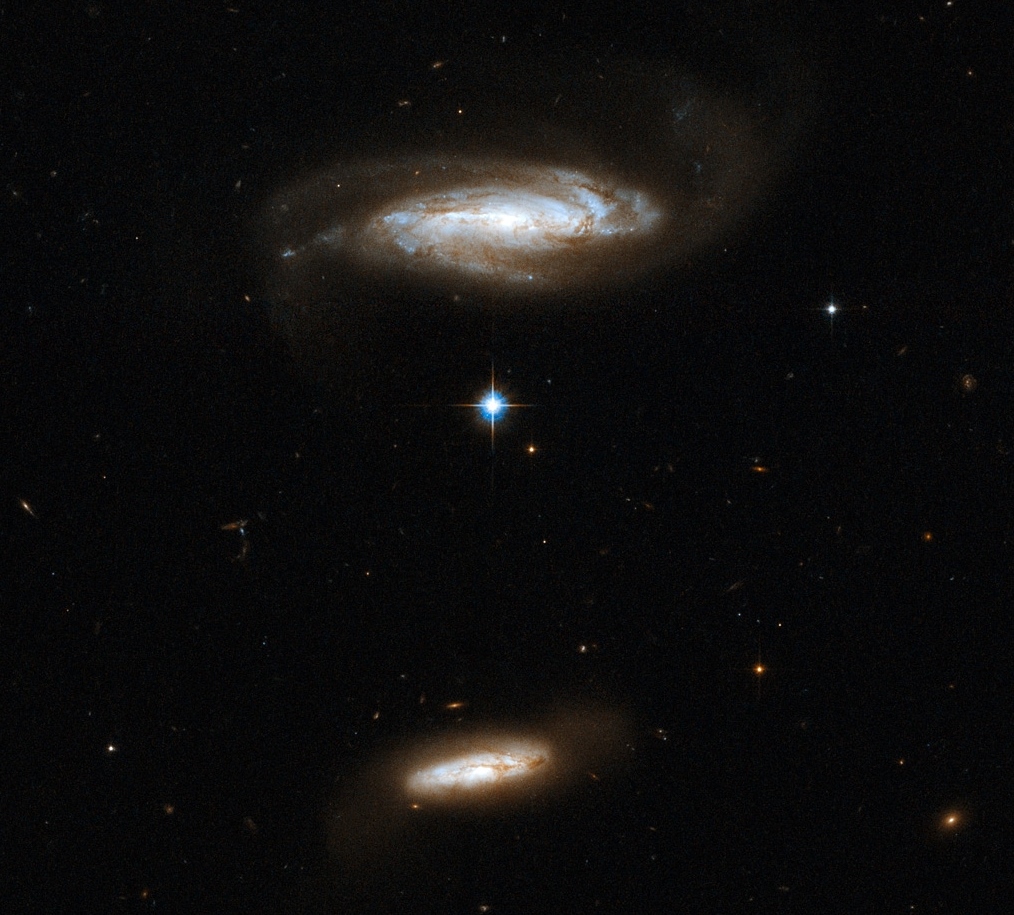 It is an active galaxy with an active galactic nucleus (AGN), a compact region at the center of a galaxy that has a much higher than normal luminosity, probably caused by the accretion of mass by a supermassive black hole in the center of this disk galaxy.

Viewed nearly edge-on, IC 2810 is slightly disturbed by gravitational interaction with IC 2810B (the smaller, dusty companion at the bottom of the image). It shows blue knots of star formation and obscuring dark dust lanes.

IC 2810B (the smaller, dusty companion at the bottom of the image) is a spiral galaxy with a diameter of 54,000 x 27,000 light-years, located about 466 million light-years away from Earth, also in the constellation of Leo. It is receding from us at approximately 10,140 kilometers per second.

Like IC 2810, it also seems slightly disturbed; it also has an active galactic nucleus that probably houses a supermassive black hole, several star-forming regions and dark dust lanes. Although the pair of interacting galaxies have no overlapping region at present, it is possible that they will eventually collide with each other in the future.

This image was taken on November 19, 2001 with the Wide Field Channel of the Advanced Camera for Surveys on the Hubble Space Telescope using an optical and an infrared filter. It was released on the occasion of HST’s 18th anniversary on 24th April 2008.