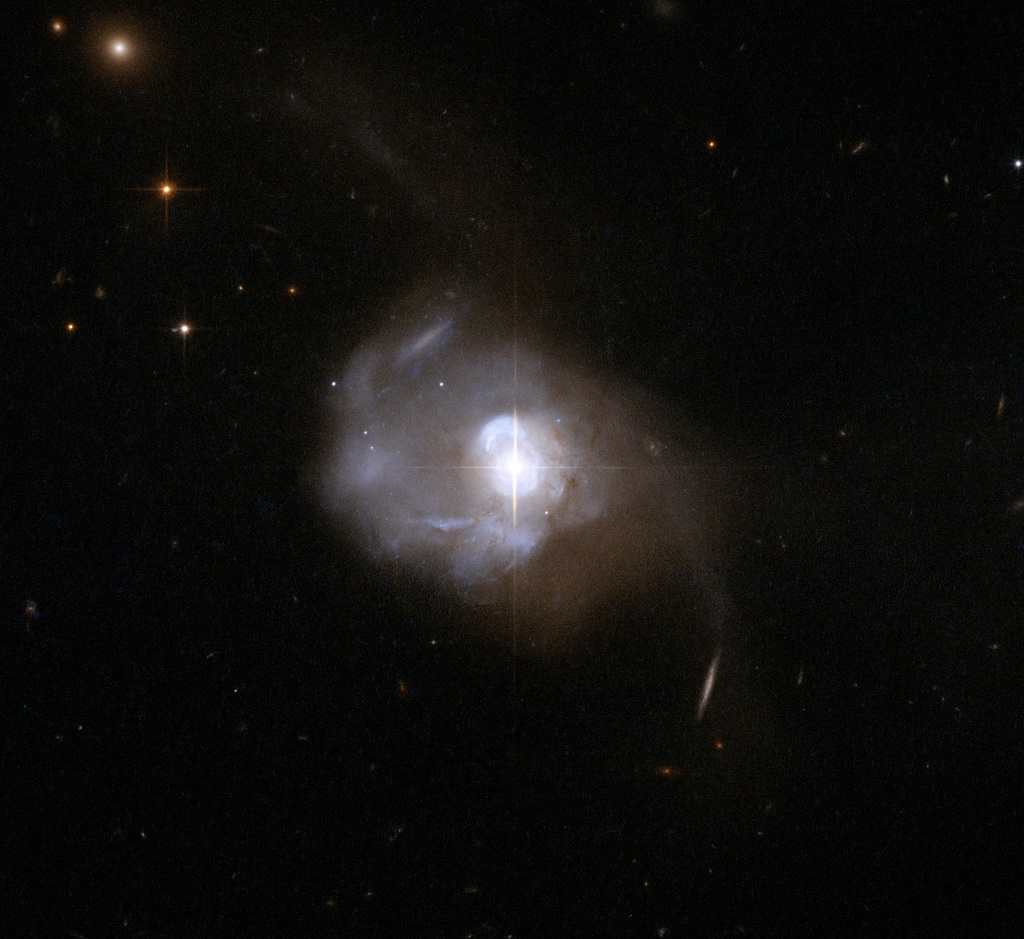 Markarian 231 (also designated UGC 8058) is an ultraluminous infrared galaxy, located about 600 million light-years away from Earth. It has long tidal tails and a disturbed shape, and a powerful quasar in the centre.

Although the primary power source behind the incredible far-infrared luminosity of Markarian 231 is almost certainly an active nucleus, the galaxy is also undergoing an energetic starburst. Most dramatically a nuclear ring of active star formation with a rate estimated to be greater than 100 solar masses per year has been found in the centre.