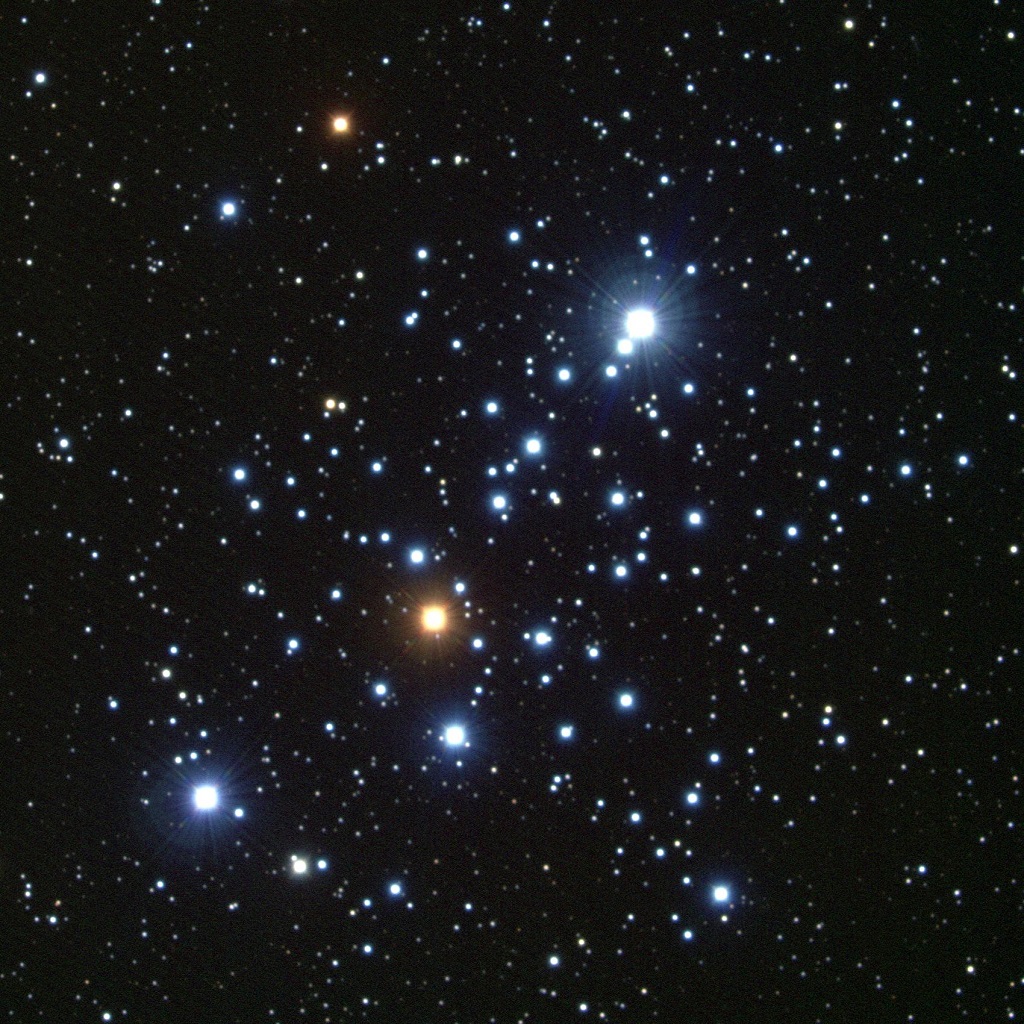 Messier 103 (also known as NGC 581) is a young, about 25 million years old, open cluster of about 15 light-years across, located 8,000 to 9,500 light-years away from the Earth in the northern constellation of Cassiopeia (the Seated Queen). It is one of the most distant open clusters and is approaching us at 37 kilometers per second.

This relatively small star cluster has the distinctive and easily recognizable shape of a Christmas tree. In it, probably a few thousand stars have formed, although only 172 stars are proven cluster members, mostly hot young blue stars. The brightest star within the quite loose cluster is a 10.8 magnitude red giant, but the cluster seems to be dominated by Struve 131, a bright, 7 magnitude blue triple star (at the “top of the tree”). This star, however, is definitively not a member of Messier 103, but a foreground star that lies just a few hundred light-years away from us.

Messier 103 is an easy object to find and the cluster is visible even with the use of binoculars. It can be seen as a nebulous fan-shaped patch, and optically is about a fifth the diameter of the full moon. In order to find this cluster, it is suggested that the observer center their binoculars on Ruchbah or the bottom left star of the visible “W” in Cassiopeia. The cluster will appear as a hazy patch about 1/3 of a field toward 45 Epsilon Cassiopeia.

This true-color picture was created from fifteen images taken in the BVR pass-bands at the Kitt Peak National Observatory’s 2.1-meter telescope, during the night of December 24th 2000.