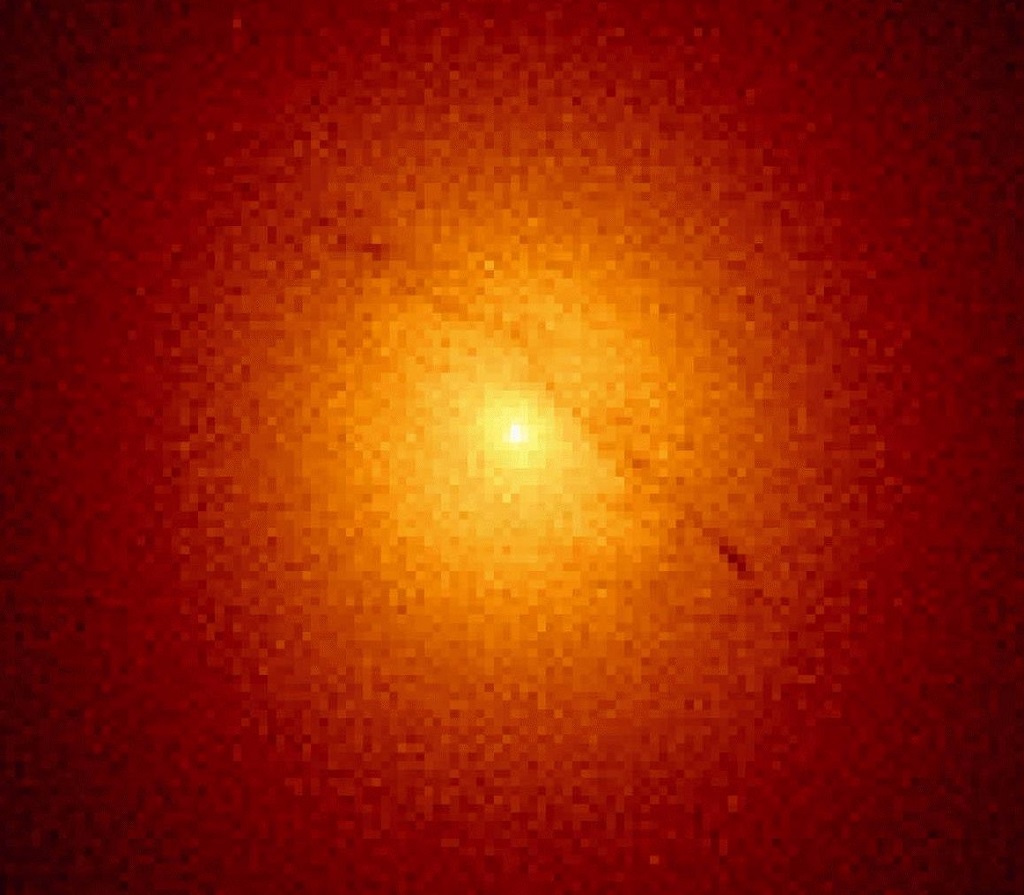 Messier 105 (also known as NGC 3379) is an elliptical galaxy of some 55,000 light-years across, located about 34 million light-years away from Earth in the constellation of Leo (the Lion), while it is receding from us at approximately 911 kilometers per second. Its mass is estimated to be around 100 billion solar masses.

It is the brightest elliptical galaxy in the Leo I or the M96 Group, a group of galaxies in the constellation of Leo, which also includes two other Messier objects: Messier 95 and Messier 96, and a number of fainter galaxies.

Elliptical galaxies are usually composed of low-mass stars which are nearly all billions of years old. Since they have very little (if any) cold dense gas remaining, they have hardly any star formation activity. However, Hubble’s Wide Field Camera 3 has discovered that Messier 105 contains a few young stars and stellar clusters, suggesting (some) elliptical galaxies still form new stars, but only very slowly. They are not “dead” at all.

Astronomers surmise that new stars are forming in Messier 105 at an average rate of one sun every 10,000 years. That means that new star formation is an ongoing continuous process, in a galaxy thought to be long past its prime. This raises new mysteries, such as the origin of the gas that forms the stars. However, that’s a question for astronomers to explore with more observations.

Spectroscopic studies with the Hubble Space Telescope have also shown that the stars near the center of Messier 105 are in rapid motion around this center. Their motion is so rapid that there has to be a supermassive black hole of about 50 million solar masses in the galaxy’s center.

Along with its companion, the barred lenticular galaxy NGC 3384, Messier 105 is surrounded by a large ring of neutral hydrogen with a radius of 650,000 light-years and a mass of 1,8 billion times the mass of our Sun where star formation has been detected.

This Hubble Space Telescope image of the central 5.4 arc seconds of Messier 105 reveals striking detail of a bright pointlike nucleus and an interesting dark band-like structure, which origin is unknown.