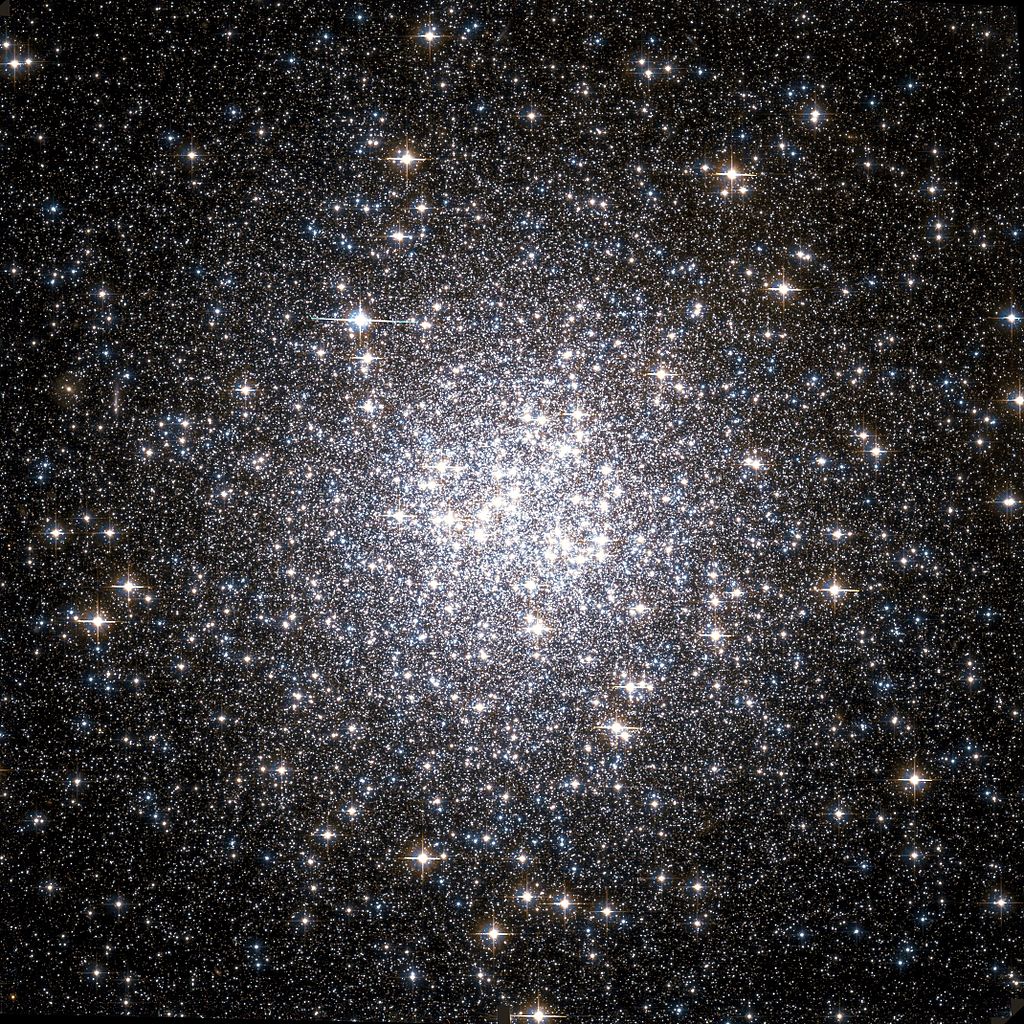 This globular cluster lies on the outer edges of the galaxy, where many other globulars are found (over 150 exist in the Milky Way), and can be easily found just 1 degree northeast of the 4th-magnitude star, 42 Alpha Comae Berenices (also known as Diadem), a binary star. It is estimated to be about 12.67 billion years old, and is approaching us between 59 and 115 kilometers per second.

Messier 53, with a total mass of about 82,600,000 solar masses, contains thousands and thousands of brilliant stars. Bound tightly by gravity, Messier 53 is roughly spherical and becomes denser towards its heart, although its stars are not very concentrated toward the center when compared to other globulars.

Globular clusters are much older and larger than open clusters, meaning they are generally expected to contain more old red stars and fewer massive blue stars. But Messier 53 has surprised astronomers with its unusual number of a type of star called blue stragglers.

These blue stragglers are rebelling against the theory of stellar evolution. All the stars in a globular cluster are expected to form around the same time, so they are expected follow a specific trend, set by the age of the cluster and based on their mass. But blue stragglers don’t follow that rule; they appear to be brighter and more youthful than they should be. Although their precise nature remains mysterious, these unusual objects are probably formed by close encounters, possibly collisions, between stars in the crowded centres of globular clusters.

This image is taken by the NASA/ESA Hubble Space Telescope.