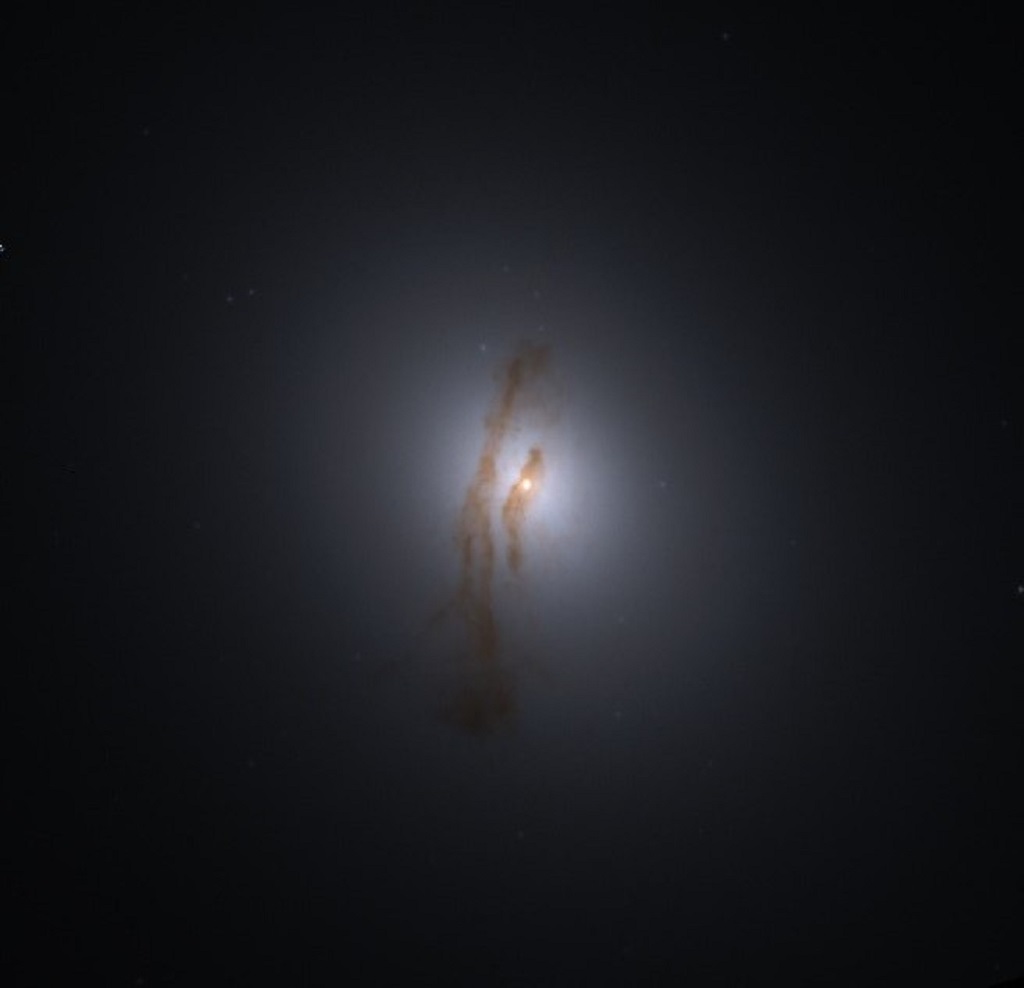 Messier 84 (also known as NGC 4374) is either an elliptical galaxy, or a giant lenticular galaxy seen face-on, located some 60 million light-years away from Earth in the constellation of Virgo (the Virgin), while it is receding from us at about 1060 kilometers per second.

It is situated in the heavily populated inner core of the Virgo Cluster of Galaxies, a grouping of around 1500 gravitational bound galaxies, and is one of its brighter members. Messier 84 is also part of Markarian’s Chain, a group of Virgo Cluster galaxies that lie along a smooth curve and have similar radial velocities.

The jets of energetic particles heat surrounding clouds of gas to millions of degrees, preventing gas clouds from collapsing to form new stars. The jets span tens of thousands of light-years, and squirt into space at close to the speed of light.

A Type Ia supernova is a result from the violent explosion of a white dwarf star (a compact star that has ceased fusion in its core).

This image, taken with Hubble’s Wide Field Planetary and Camera 2, shows the core of Messier 84 where the black hole dwells. Astronomers mapped the motions of gas in the grip of the black hole’s powerful gravitational pull by aligning the STIS’s spectroscopic slit across the nucleus in a single exposure.