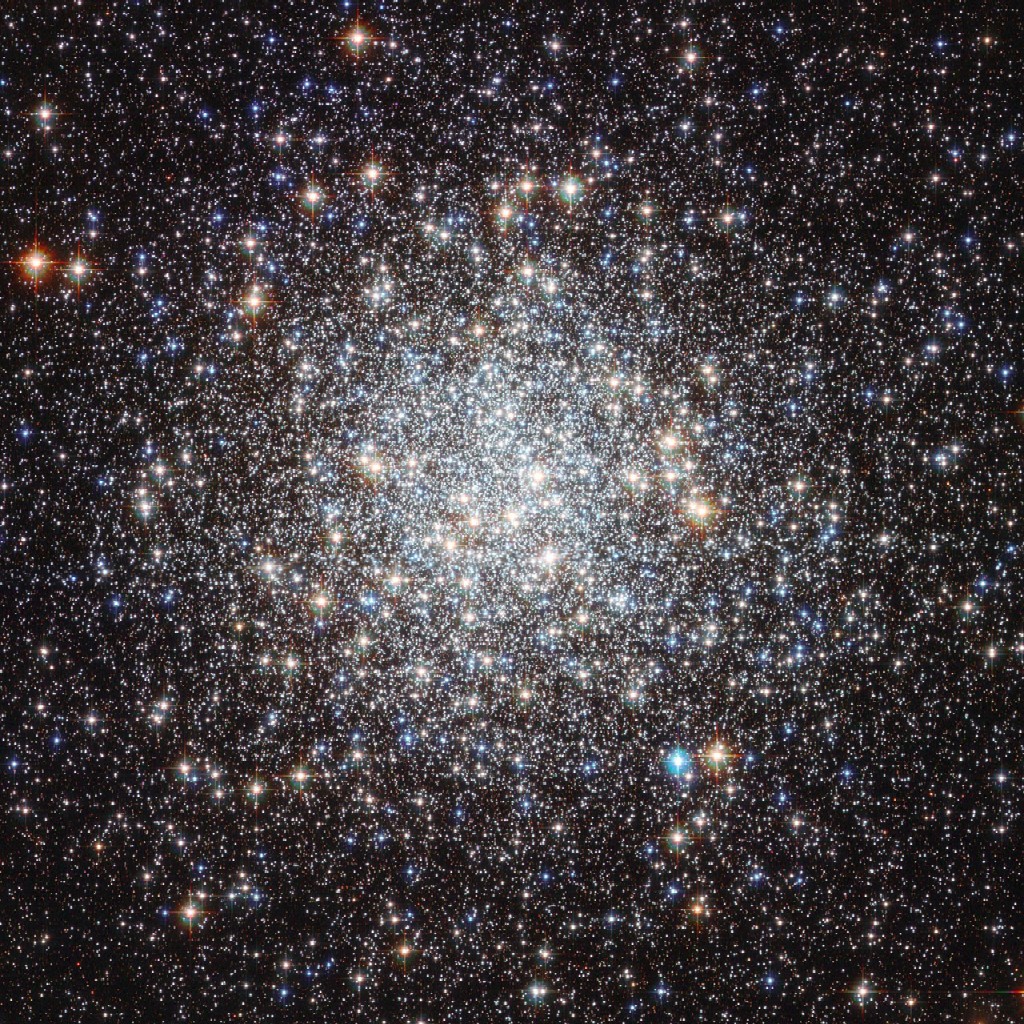 Messier 9 (also known as NGC 6333) is a globular cluster some 90 light-years across, located about 25,800 light-years away in the constellation of Ophiuchus. It is receding from us at the very high velocity of 224 km/sec.

Messier 9 is one of the nearer globular clusters to the center of the Milky Way Galaxy, with a distance of around 5,500 light-years — so close that the gravitational forces from the galactic centre pull it slightly out of shape.

More than 250,000 are shining in this image of Messier 9, with a total luminosity of around 120,000 times that of the Sun. The brightest individual stars in Messier 9 are also visible in moderately sized telescopes. There have been 13 variables discovered in this cluster.

Globular clusters are thought to harbor some of the oldest stars in our galaxy, born when the Universe was just a small fraction of its current age. As well as being far older than our Sun (around twice its age) the stars of Messier 9 also have a markedly different composition, and are enriched with far fewer heavier elements than the Sun.

In particular, the elements crucial to life on Earth, like oxygen and carbon, and the iron that makes up our planet’s core, are very scarce in Messier 9 (and clusters like it). This is because the Universe’s heavier elements were gradually formed in the cores of stars, and in supernova explosions. When the stars of Messier 9 formed, there were far smaller quantities of these elements in existence.

As well as showing the individual stars, this Hubble image clearly shows the different colors of the stars. A star’s color is directly related to its temperature — counter-intuitively, perhaps, the redder it is, the cooler it is; and the bluer it is, the hotter. The wide range of stellar temperatures here is clearly displayed by the broad palette of colors visible in this image of Messier 9.