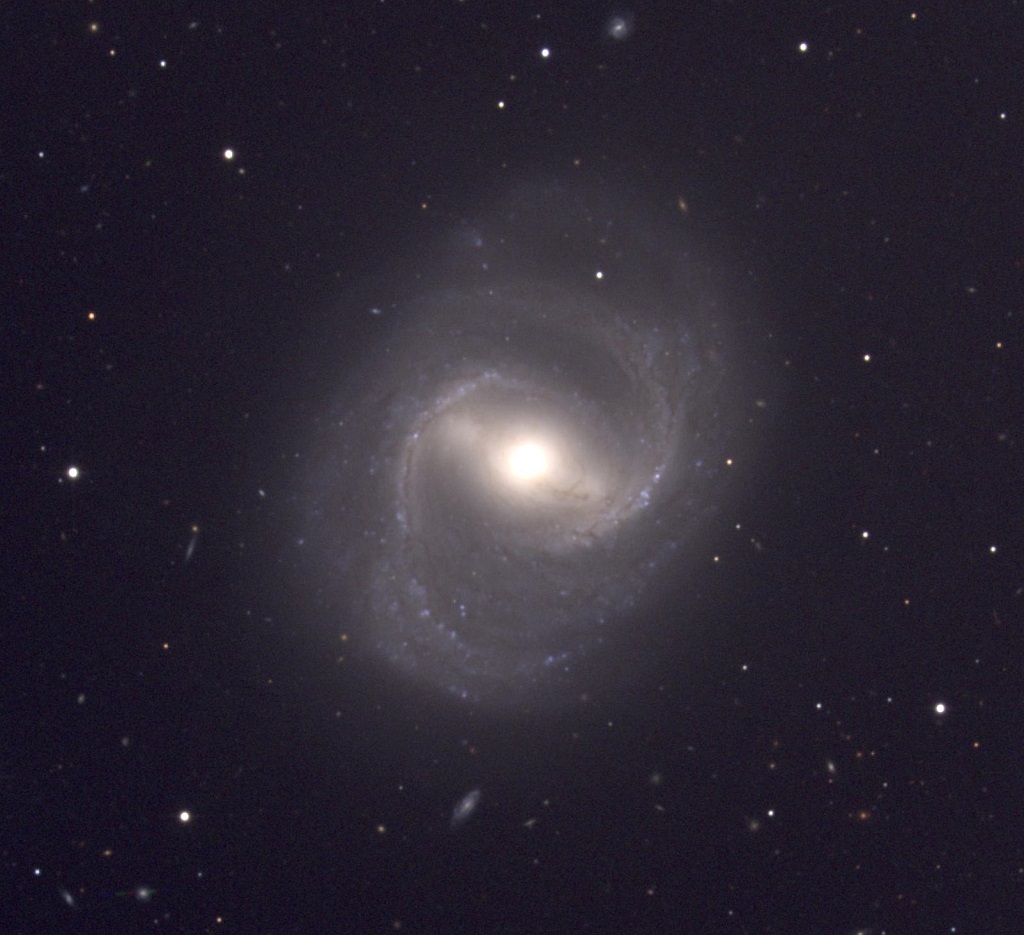 Messier 91 is a pretty faint galaxy, in fact it’s the faintest object in the Messier list. It is also one of the only four barred spiral galaxies in the Messier catalogue; Messier 58, Messier 95 and Messier 109 are the other three.

The galaxy is moving toward us through the Virgo cluster with a speed of roughly 700 kilometers per second, while the cluster is receding from us at roughly 1200 km/s, this ultimately pegs Messier 91’s recessional velocity to only about 486 km/s.

The bar of Messier 91 is quite conspicuous, large and bright, and its spiral arms, which are exhibiting an almost round to slightly elongated shape, are emanating from the ends of this bar. The arms are specked with star clusters and laced with dark dust lanes. Its nucleus is embedded in the bulge whose stars are generally some 4 billion years old, although they are more metal-poor than the stars in its nucleus, which are about 5 billion years old.

Messier 91 is also classified as an anemic galaxy, what means that it is a galaxy with low star formation and content of gas compared with other galaxies of its type.

For the moderately equipped amateur, Messier 91 is one of the most difficult Messier objects. Suggestions of the bar may be seen at medium power even in smaller telescopes, if the viewing conditions are good enough to see the galaxy at all. Photos show the bar more clearly, and also show the spiral arms.

This CCD composite image was taken in April 1998 at the Kitt Peak 0.9-meter telescope.