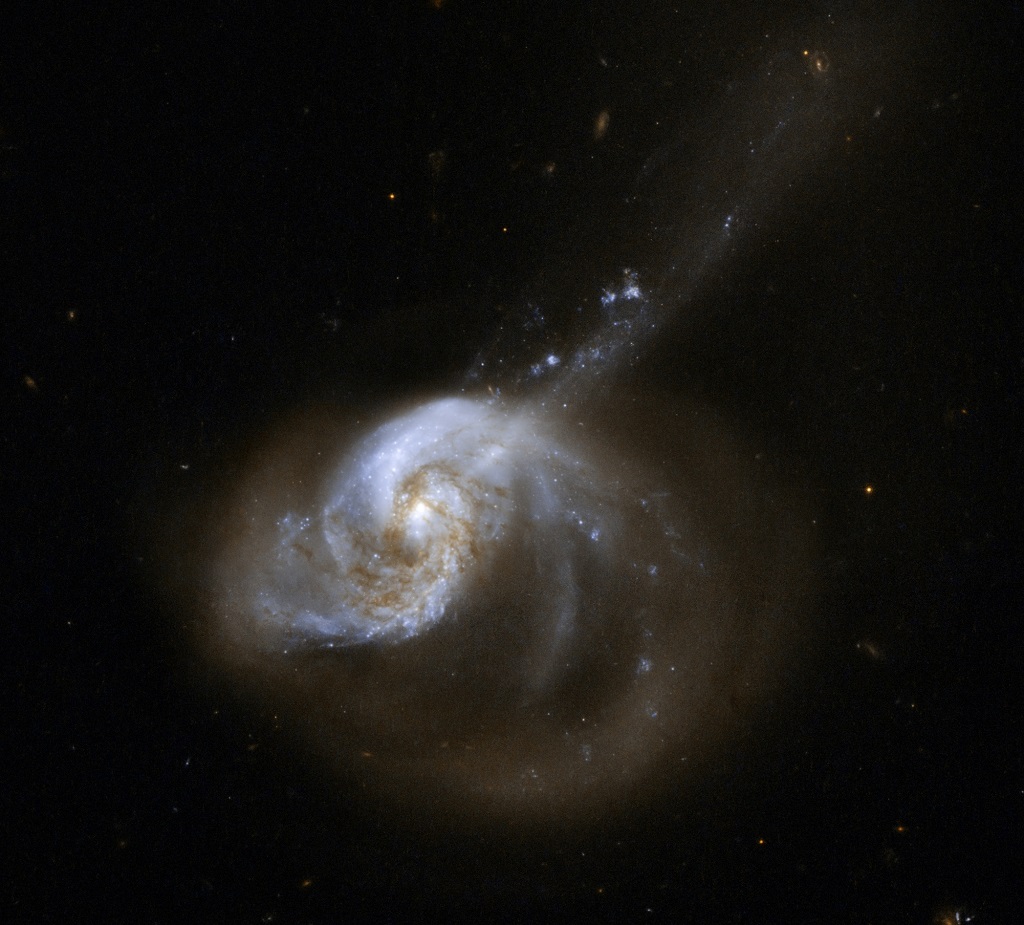 NGC 1614 (also known as Arp 186) is a highly distorted barred spiral galaxy, located some 207 million light-years away from Earth in the constellation of Eridanus (the River) while it is hurrying away from us at a speed between 4710 and 4780 kilometers per second.

It has a bright optical center and two clear inner spiral arms that are fairly symmetrical. It also has a spectacular outer structure that consists principally of a large one-sided curved extension of one of these arms to the lower right, and a long, almost straight tail that emerges from the nucleus and crosses the extended arm to the upper right.

The shape of NGC 1614 is likely caused by a tidal interaction and the resulting merger with another, smaller galaxy. It has a very bright core, but shows no direct evidence for an active nucleus. The galaxy is heavily and unevenly reddened across its nucleus, and it also shows unevenly distributed dark dust lanes.

The tidal tail to the upper right and extended arms to the lower right are likely the remains of the interacting companion while the tidal plume(s) were caused by the collision.

NGC 1614’s recent interaction and merger provided large amounts of fresh interstellar matter that triggered massive star formation in its nucleus. This in turn caused a radially outward procession of star formation, thereby producing the surrounding circumnuclear ring we can observe today. That is probably why the stars in the nucleus are older than those in the circumnuclear ring. Because of the massive star formation, NGC 1614 is classified as a starburst galaxy.

The supernova SN 1996D has been witnessed in this galaxy.

This image is taken on August 13, 2002 with the Wide Field Channel of the Advanced Camera for Surveys on the Hubble Space Telescope, using optical and infrared filters.