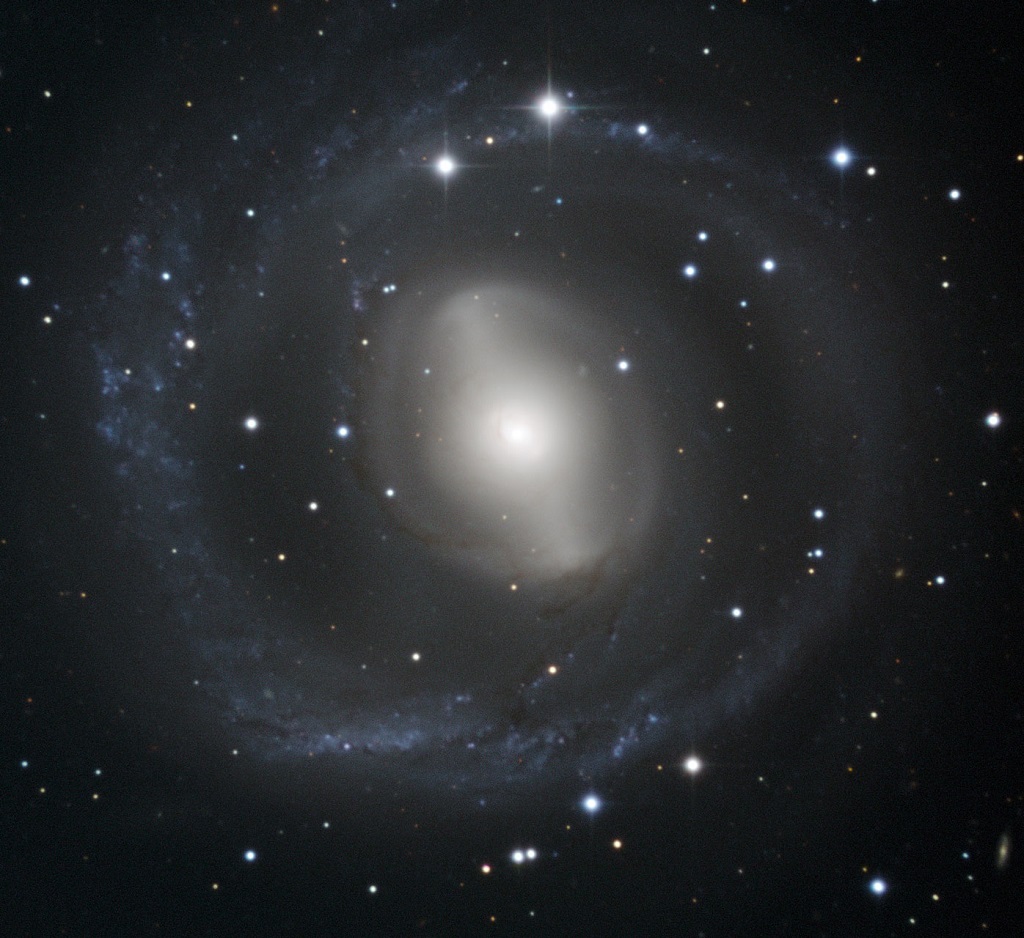 NGC 2217 is a nearly face-on lenticular galaxy of about 100 thousand light-years across that lies roughly 65 million light years from Earth in the constellation of Canis Major (The Great Dog), while it is hurrying away from us at some 1604 – 1619 kilometers per second. It is part of the NGC 2217 Group of galaxies.

This image shows the swirling shape of this galaxy. In its very concentrated central region we can see a distinctive, very luminous bar of stars that runs in NW-SE direction within an oval ring. Further out, a set of tightly wound spiral arms almost form a circular ring around the galaxy.

These outer spiral arms have a bluish colour, indicating the presence of hot, luminous, young stars – lots of them in star clusters – born out of clouds of interstellar gas. The central bulge and bar are yellower in appearance, due to the presence of older stars. Dark streaks can also be seen in places against the galaxy’s arms and central bulge, where cosmic dust lanes block out some of the starlight.

NGC 2217 is often referred to as a barred spiral galaxy because the outer ring contains clusters of young hot stars similar to those in spirals; but the central structure does not display spiral arms, hence its classification as a lenticular or transitional galaxy.

Central bars play an important role in the development of a galaxy. They can, for example, funnel gas towards the center of the galaxy, helping to feed a central black hole, or to form new stars.