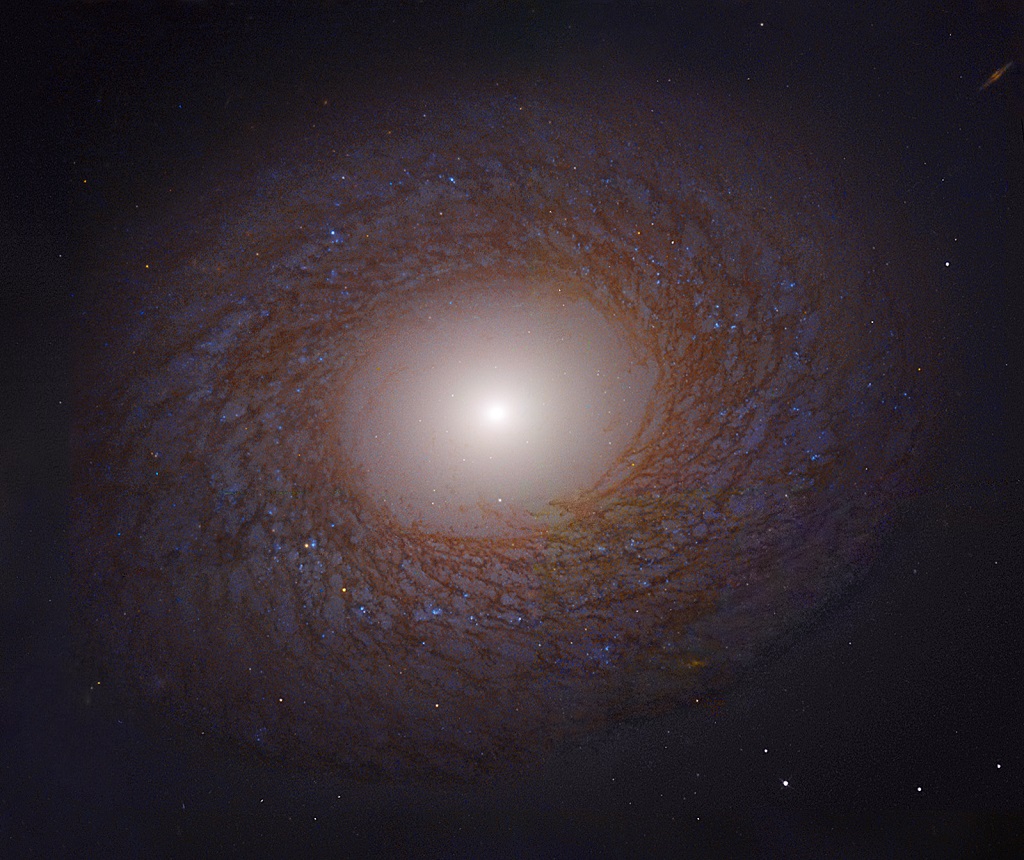 NGC 2775 (also known as Caldwell 48) is a spiral galaxy of about 75 thousand light-years across, located some 55,5 million light-years away from the Earth in the constellation of Cancer (the Crab), while it is receding from us at approximately 1,350 kilometers per second.

Discovered by the German-British astronomer William Herschel in 1783, it is the most prominent member in the NGC 2775 Group, a small galaxy group which is part of the Virgo Supercluster, along with our own Local Group.

This image is based on observations made with the NASA/ESA Hubble Space Telescope, and obtained from the Hubble Legacy Archive, which is a collaboration between the Space Telescope Science Institute (STScI/NASA), the Space Telescope European Coordinating Facility (ST-ECF/ESA) and the Canadian Astronomy Data Centre (CADC/NRC/CSA). Processing by Robert Gendler.