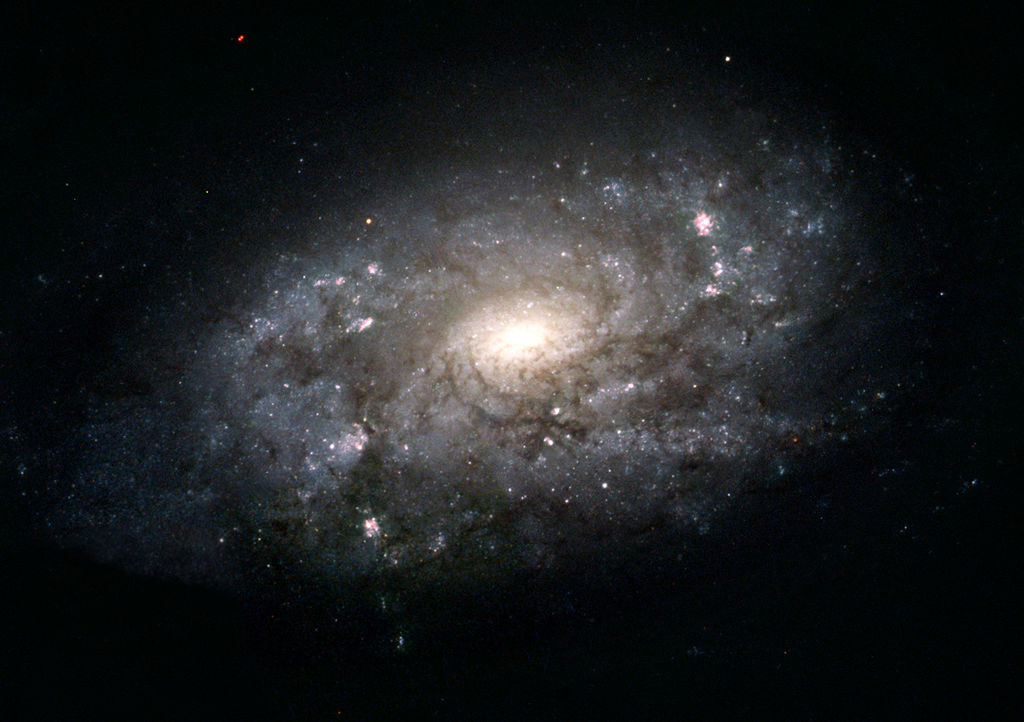 NGC 3949 (also known as UGC 6869) is an unbarred spiral galaxy of about 30 thousand light-years across, located about 50 million light-years away in the constellation of Ursa Major, while it is moving away from us at approximately 800 kilometers per second. It is a member of the M109 Group, a loose cluster of over 70 galaxies located in the constellation Ursa Major. It is one of the larger galaxies of this group.

NGC 3949 is probably very similar to the Milky Way in terms of shape and structure. Like our Milky Way, this galaxy has a blue disk of young stars peppered with bright pink star-forming regions. Stars in the disk whirl around the bright central bulge which is, in contrast to the blue disk, made up of mostly older, redder stars.

The Type II supernova SN 2000db is the only supernova that has been observed within NGC 3949. A Type II supernova results from the rapid collapse and violent explosion of a massive star. A star must have at least 8 times, and no more than 40–50 times the mass of the Sun for this type of explosion. It is distinguished from other types of supernova by the presence of hydrogen in its spectrum. Type II supernovae are mainly observed in the spiral arms of galaxies and in H II regions, but not in elliptical galaxies.

This image was created from Hubble data taken with the Wide Field Planetary Camera 2 in October 2001. Separate exposures through blue, visible, and near-infrared filters have been combined to make the natural color picture.