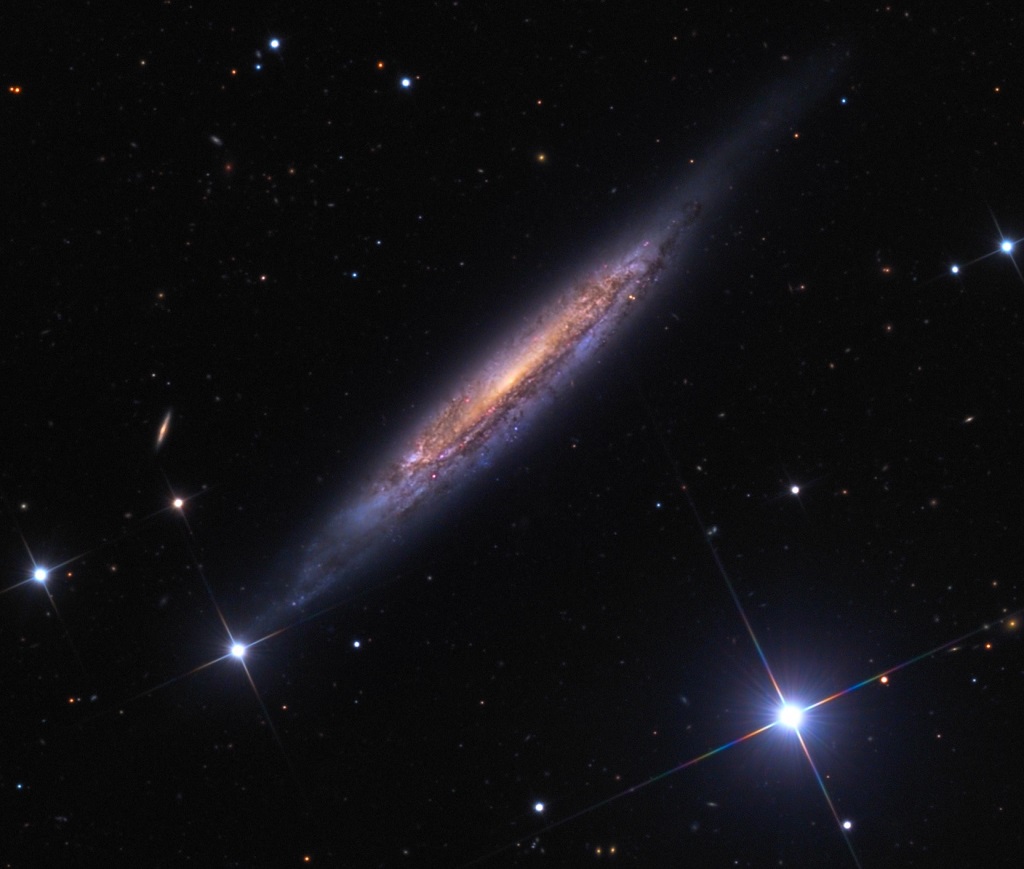 NGC 4157 (also known as UGC 7183) is a barred spiral galaxy of some 105,000 light-years across (about the same size as our Milky Way galaxy), located about 35.6 million light-years away from Earth in the northern constellation of Ursa Major (the Great Bear), while it is receding from us at approximately 774 kilometers per second. It is part of the Ursa Major North Group of galaxies.

This galaxy is seen almost edge-on and quite elongated, but it is tilted just enough to see some of the core detail with several dark dust lanes. It has a very low surface brightness and is the faintest of three neighboring galaxies in Ursa Major, including NGC 4026 and NGC 4088.

Three supernova explosions occurred in this galaxy: SN 1937A, SN 1955A and SN 2003J which was a Type II supernova.

A Type II supernova results from the rapid collapse and violent explosion of a massive star. A star must have at least 8 times, and no more than 40–50 times the mass of the Sun for this type of explosion. It is distinguished from other types of supernova by the presence of hydrogen in its spectrum. The exploding star can become billions of times as bright as the Sun before gradually fading from view. At its maximum brightness, the exploded star may outshine an entire galaxy.