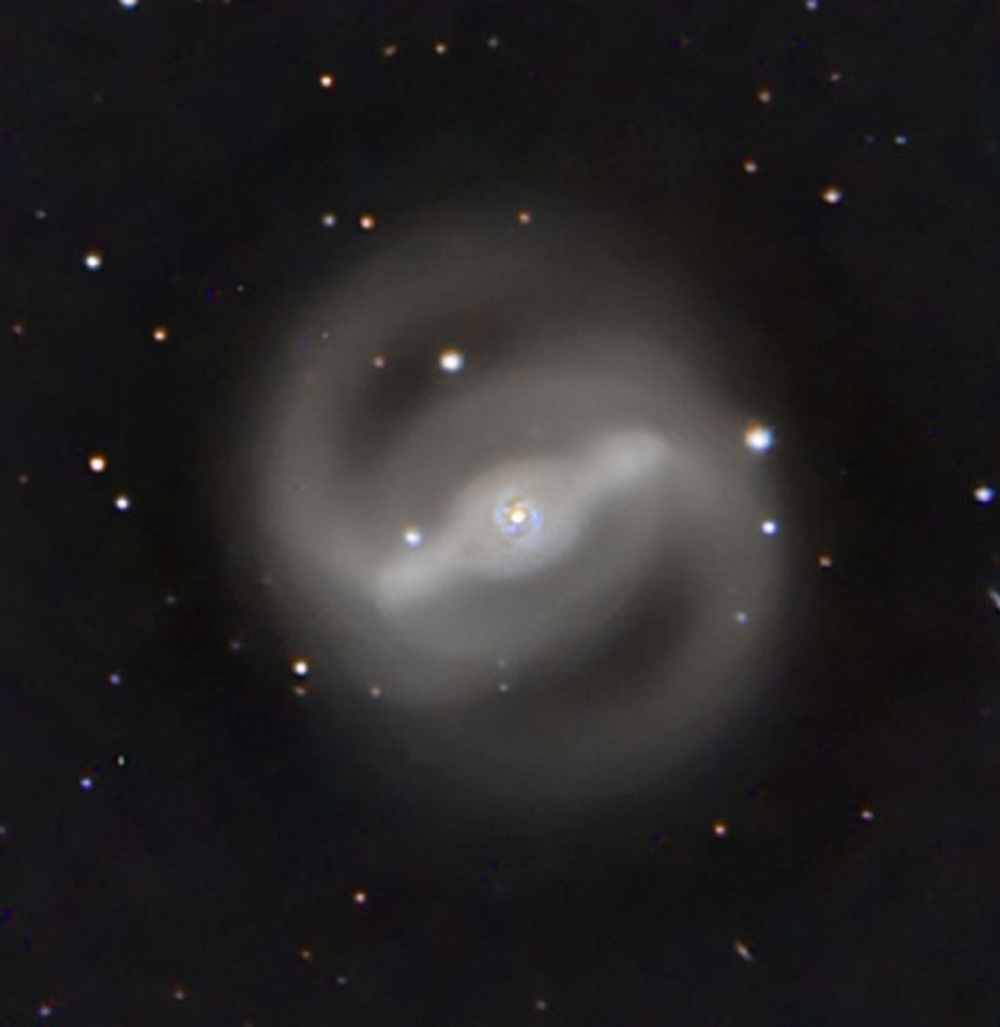 The image, taken in February 1996 by the 30-inch telescope Prime Focus Camera at the McDonald Observatory in Texas, shows the entire galaxy, including the bar of stars bisecting the core and the outer spiral arms, which begin near the ends of this bar.