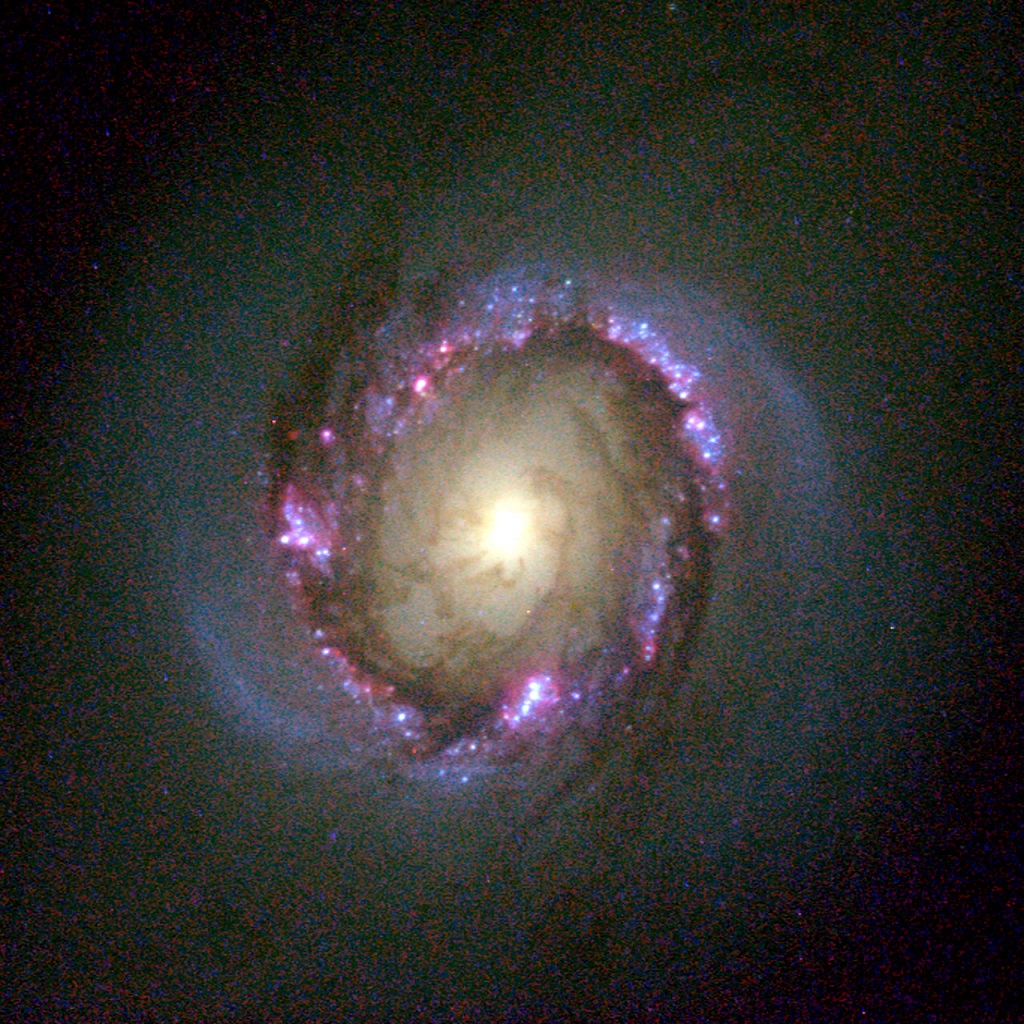 This image shows a close-up view of the galaxy’s core, taken in December 1995 by the Wide Field and Planetary Camera 2 onboard the Hubble Space Telescope. The bluish-purple clumps that form the ring are the clusters of infant stars.