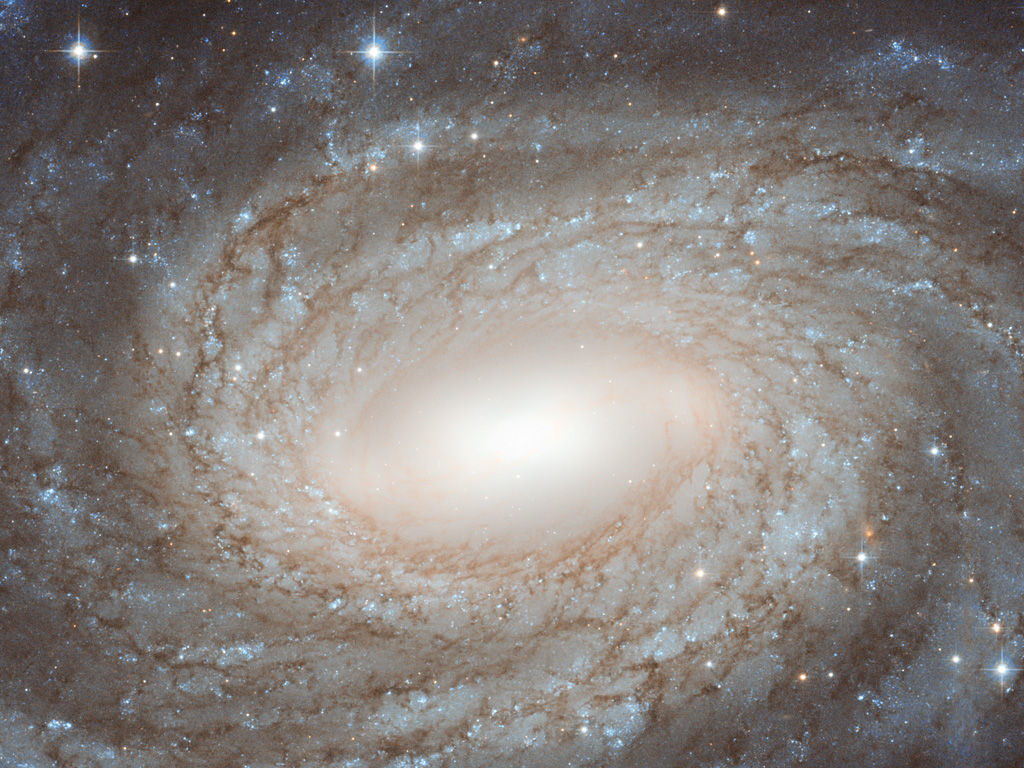 NGC 6384 is a barred spiral galaxy of some 150,000 light-years across, located some 80 million light-years away in the constellation of Ophiuchus, the Serpent Bearer. It is speeding away from us at roughly 1680 kilometers per second.

The positioning of NGC 6384, not far from the centre of the Milky Way on the sky, means that it is somewhat obscured by our galaxies dust and stars. Combined with the galaxy’s low surface brightness, NGC 6384 is a bit of a challenging target for astrophotographers.

This close-up of the galaxy’s central region is about 70,000 light-years wide. The sharp image shows details in the galaxy’s blue spiral arms and yellowish core. Still, the individual stars seen in the picture are all in the close foreground, well within our own galaxy. The brighter Milky Way stars show noticeable crosses, or diffraction spikes, caused by the telescope itself.

While many stars have already come to the ends of their lives in NGC 6384, in the center, star formation is being fuelled by the galaxy’s bar structure; astronomers think such galactic bars funnel gas inwards, where it accumulates to form new stars.

In 1971, we could witness a Type Ia supernova in NGC 6384, which stood out against the bright foreground stars when one of its stars star exploded.

A supernova occurs when a star explodes in the final phase of its life. A Type Ia supernova is a result from the violent explosion of a white dwarf star (a compact star that has ceased fusion in its core). The white dwarf increases its mass beyond a critical limit by gobbling up matter from a companion star. A runaway nuclear explosion then makes the star suddenly as bright as a whole galaxy, before gradually fading from view.

Supernova explosions are enriching the intergalactic gas with elements like oxygen, iron, and silicon that will be incorporated into new generations of stars and planets.