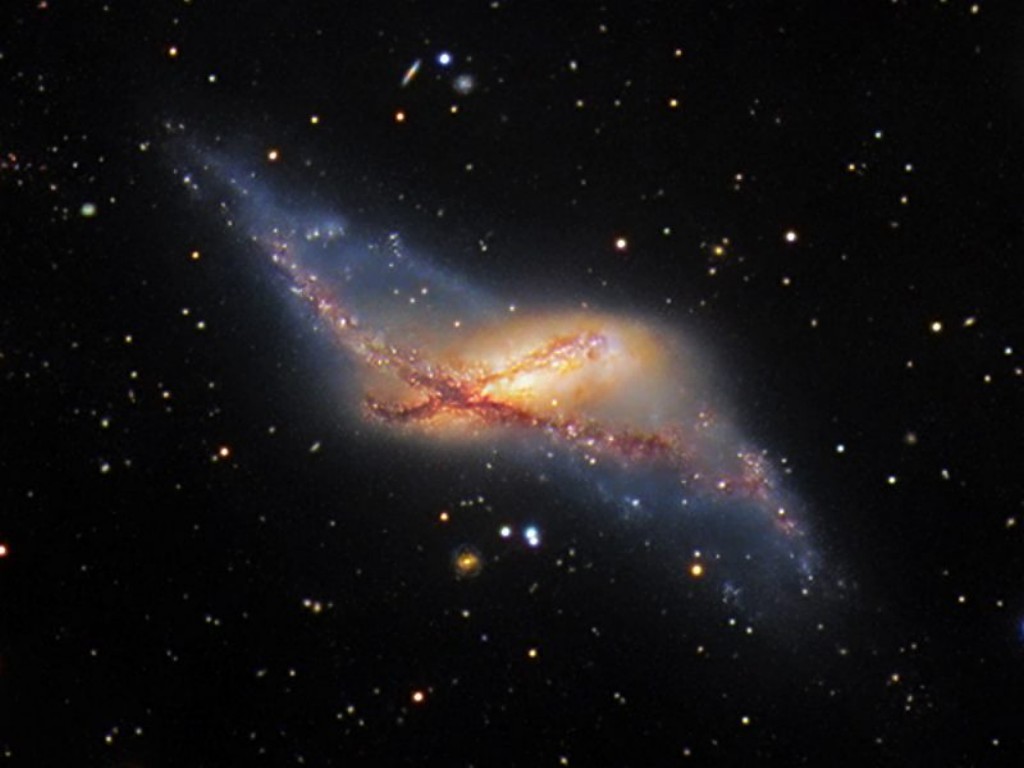 NGC 660 is a so called “polar ring” galaxy about 24 million light-years away in the constellation Pisces. This rare galaxy type, has a substantial population of stars, gas, and dust forming an orbital ring roughly perpendicular to the plane of the galactic disk. NGC 660’s ring spans about 40,000 light-years, broader than the disk.

These polar rings are thought to form when two galaxies gravitationally interact with each other. One possibility is that a material is tidally stripped from a passing galaxy to produce the polar ring seen in the polar-ring galaxy. The other possibility is that a smaller galaxy collides with the larger galaxy, with the smaller galaxy effectively forming the polar-ring structure.

The central region of NGC 660 is considered a “starburst” due to the extreme amount of luminous star formation.

Polar ring galaxies can be used to explore the shape of the galaxy’s otherwise unseen dark matter halo by calculating the dark matter’s gravitational influence on the rotation of the ring and disk.