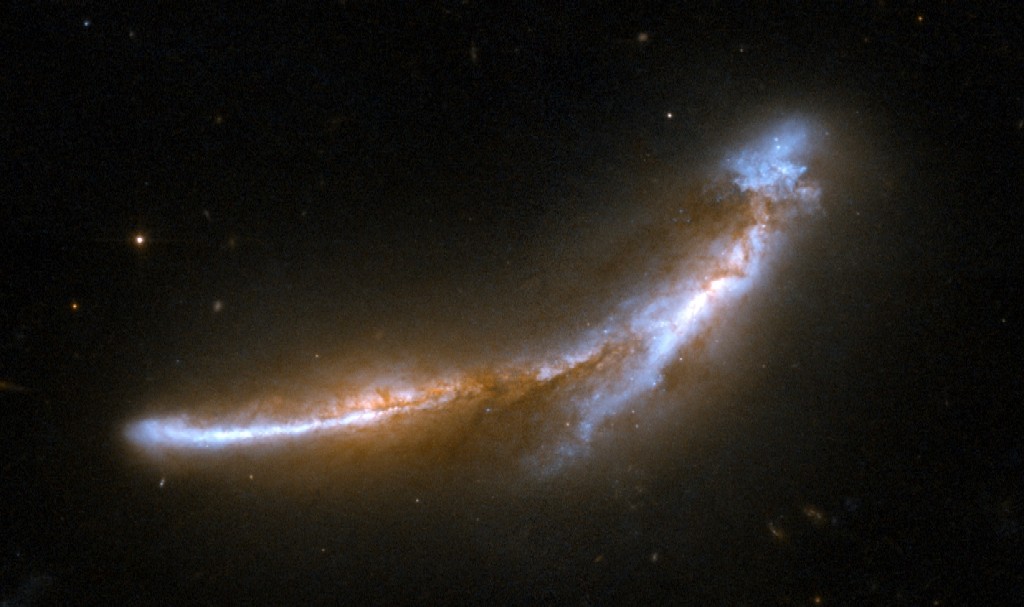 NGC 6670 (also known as UGC 11284) is a pair of overlapping and interacting edge-on disk galaxies (NGC 6670E and NGC 6670W), just 50,000 light years apart and about 400 million light-years away in the constellation Pavo, resembling a leaping dolphin or drag­on­fly, wings folded.

Even though there are no optically identified tidal features, astronomers have detected an H I tail of about 295,000 light-years long, which suggests that the galaxies are interacting and have already experienced at least one close encounter. The galaxies have been perturbed by the interaction. In particular NGC 6670E appears to have been nearly destroyed.

Observations show that the previous encounter between the galaxies had a large impact and that they are now in the early stages of a second interaction. Even though NGC 6670 is still in an early stage of interaction, astronomers have found evidence of starburst. NGC 6670 glows in the infrared with more than a hundred billion times the luminosity of our Sun.