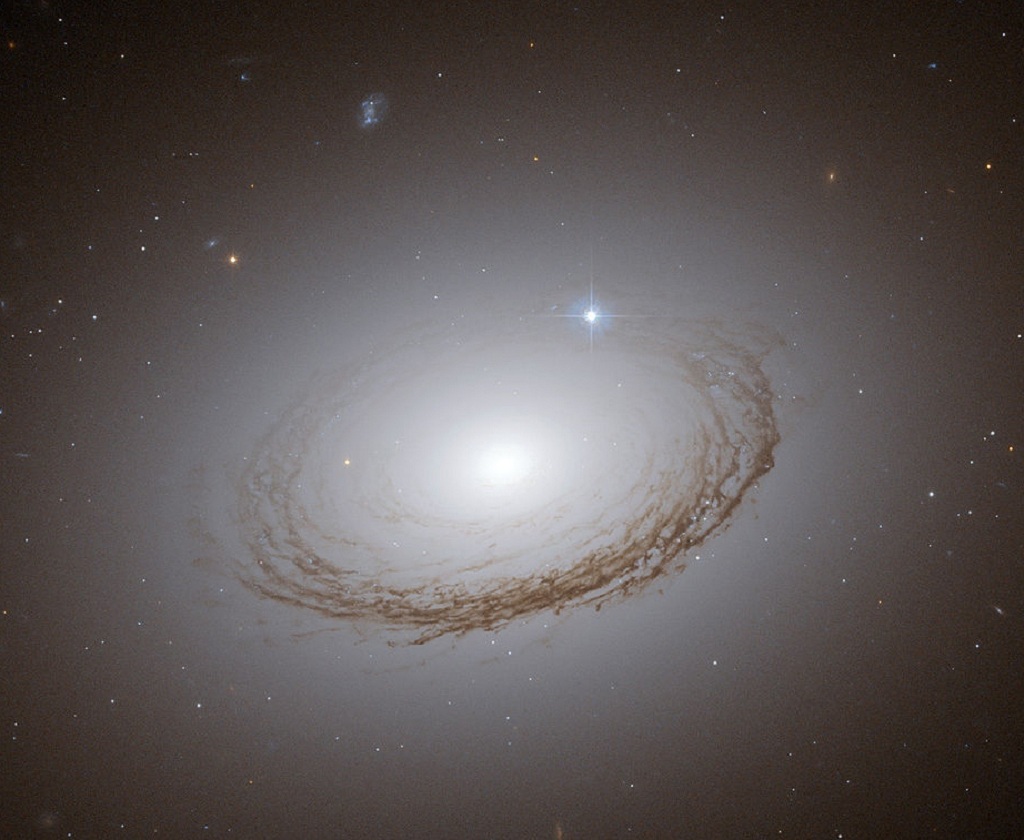 NGC 7049 is a giant galaxy on the border between spiral and elliptical galaxies that spans about 150,000 light-years. It is located about 100 million light-years away from Earth in the southern constellation of Indus.

NGC 7049 is the “brightest” galaxy of the Indus Triplet of galaxies (NGC 7029, NGC 7041, NGC 7049), and its structure might have arisen from several recent galaxy collisions. Bright Cluster Galaxies are among the most massive galaxies in the universe and are also the oldest. They provide astronomers the opportunity of studying the many globular clusters contained within them.

Globular clusters are very dense and compact groupings of a few hundreds of thousands of stars bound together by gravity. They contain some of the first stars to be produced in a galaxy. NGC 7049 has far fewer such clusters than other similar giant galaxies in very big, rich groups. This indicates to astronomers how the surrounding environment influenced the formation of galaxy halos in the early Universe.

The globular clusters in NGC 7049 are seen as the sprinkling of small faint points of light in the galaxy’s halo. The halo – the ghostly region of diffuse light surrounding the galaxy – is composed of myriads of individual stars and provides a luminous background to the remarkable swirling ring of dust lanes surrounding NGC 7049’s core.

NGC 7049’s striking appearance is primarily due to this unusually prominent dust ring, seen mostly in silhouette. The opaque ring is much darker than the millions of bright stars glowing behind it. Generally these dust lanes are seen in much younger galaxies with active star forming regions. Not visible in this image is an unusual central polar ring of gas circling out of the plane near the galaxy’s center.

The image was taken by the Advanced Camera for Surveys on the Hubble Space Telescope, which is optimised to hunt for galaxies and galaxy clusters in the remote and ancient Universe, at a time when our cosmos was very young.