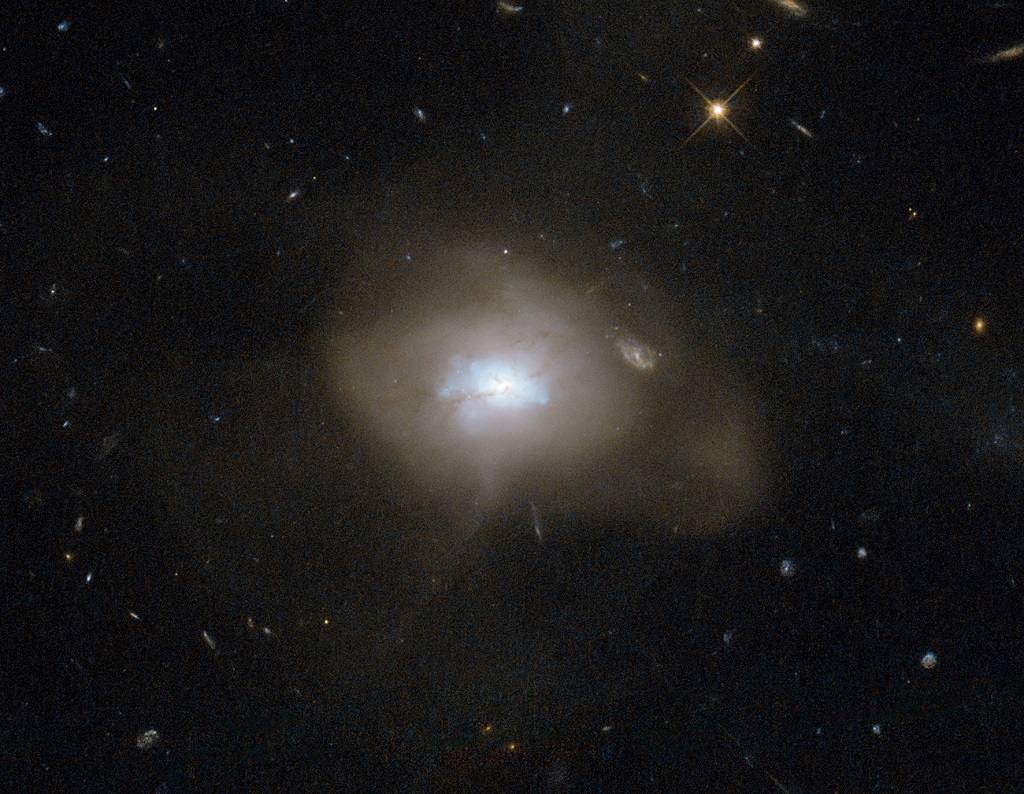 Although technically known as an elliptical galaxy, SDSS J162702.56+432833.9 is probably the aftermath of a collision between two spiral galaxies – each perhaps much like the Milky Way – that happened long ago. The galaxies eventually merged, but not without a lot of circling and dancing for hundreds of millions of years.

In such mergers, the original galaxies are often stretched and pulled apart as they wrap around a common center of gravity. After a few back-and-forths, this starry tempest settles down into a new, round object.

When galaxies collide — a common event in the Universe — a fresh burst of star formation typically takes place as gas clouds mash together. At this point, the galaxy has a blue hue, a result of the intense heat of newly formed blue–white stars. Those stars do not last long, and after a few billion years the reddish hues of aging smaller stars dominate an elliptical galaxy’s spectrum..

In SDSS J162702.56+432833.9, some ribbons of dust notably obscure parts of the conglomerated galaxy’s central, bluish region. Those dust lanes could be remnants of the spiral arms of the recently departed galaxies.

This image was taken with the Wide Field Camera 3 of the Advanced Camera for Surveys on the Hubble Space Telescope, through a red and a blue filter.