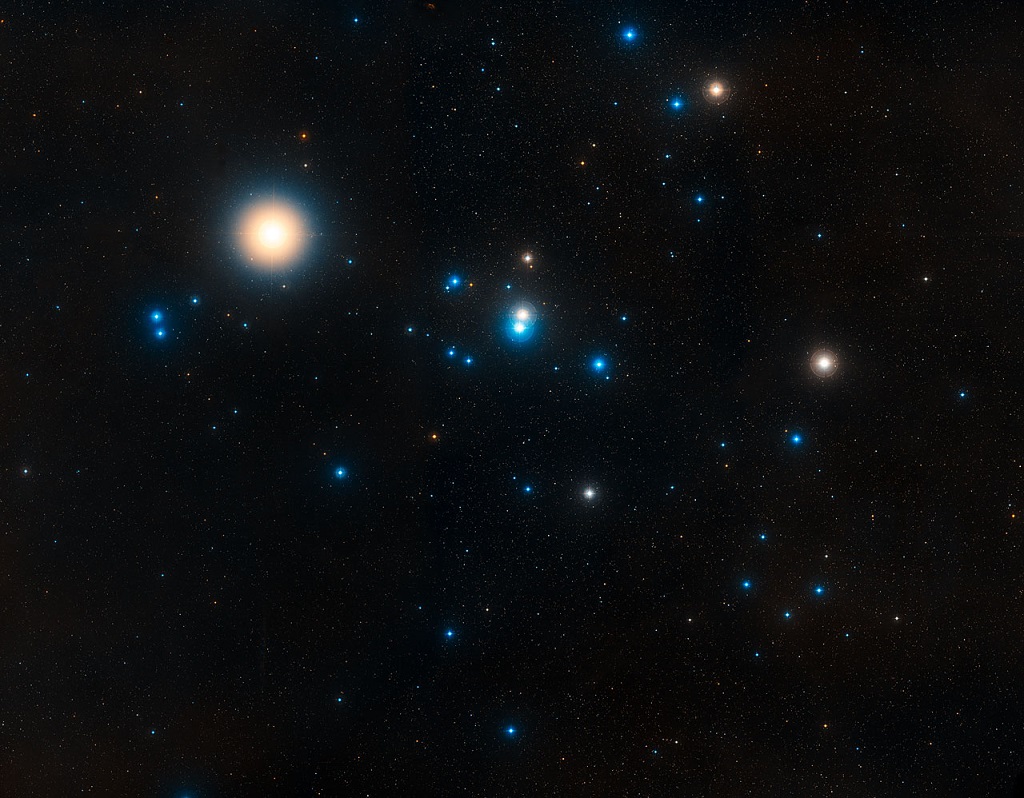 This image is an overview of the Hyades star cluster (ground-based image), the nearest cluster to us. The Hyades cluster is very well studied due to its location, but previous searches for planets have produced only one. A new study led by Jay Farihi of the University of Cambridge, UK, has now found the atmospheres of two burnt-out stars in this cluster — known as white dwarfs — to be “polluted” by rocky debris circling the star.

Seeing evidence of asteroids points to the possibility of Earth-sized planets in the same system, as asteroids are the building blocks of major planets. Planet-forming processes are inefficient, and spawn many times more small bodies than large bodies — but once rocky embryos the size of asteroids are built, planets are sure to follow.