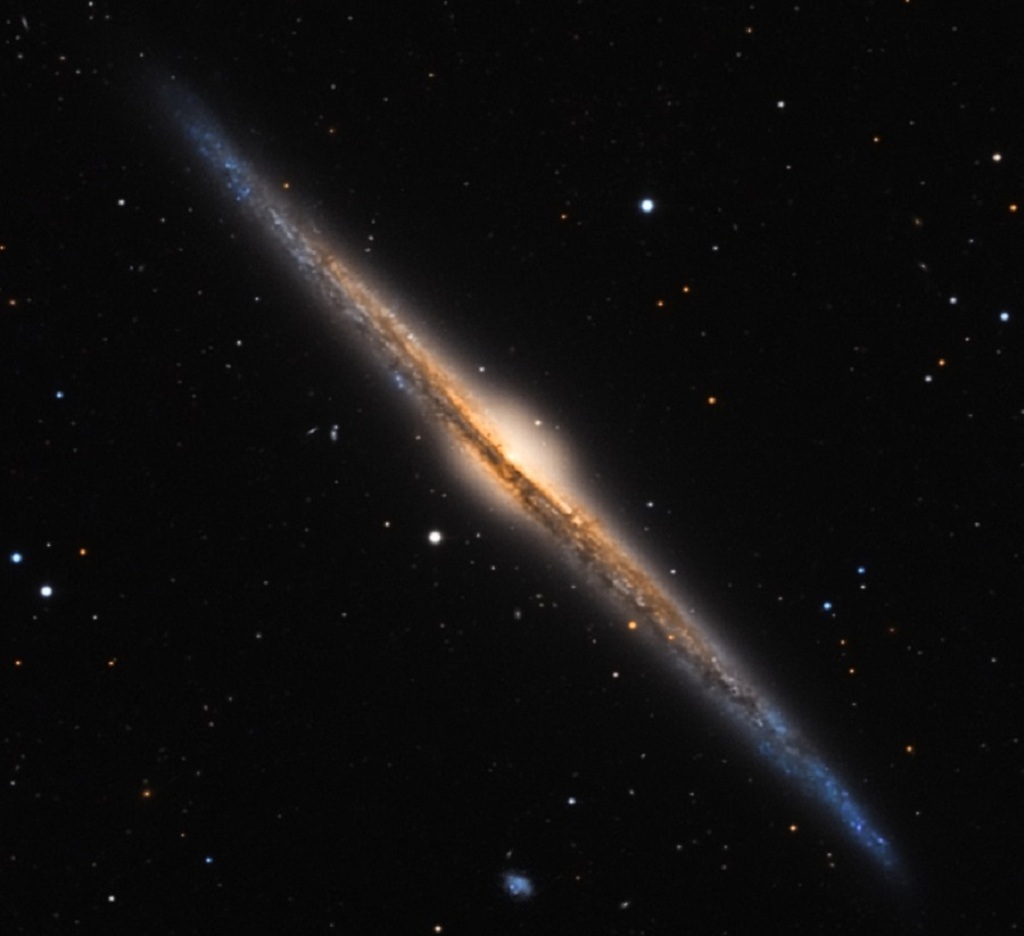 The Needle Galaxy (NGC 4565) is a large barred spiral galaxy that spans over 100,000 light-years, which is located only about 40 million light-years away in the northern constellation Coma Berenices (Berenice’s Hair). This bright galaxy is receding from us at some 1230 kilometers per second.

NGC 4565 is known as the Needle Galaxy for its narrow profile, and is a famous and excellent example of an edge-on spiral galaxy. In fact, some consider the Needle galaxy to be a prominent celestial masterpiece Messier missed. If our own galaxy was viewed from this perspective, the Milky Way would appear very much like the Needle Galaxy.

The Needle Galaxy has a flat, thin disk structure that shows warping at it’s edges due to an ancient interaction with a passing galaxy. Obscuring lanes of gas and dust lace the galaxy’s disk and are reddening the light emanating from the star-filled interior. Its bulging central core is dominated by older yellowish stars.

Studying galaxies like the Needle Galaxy helps astronomers learn more about our own Milky Way. It is relatively close by, and being seen edge-on makes it a particularly useful object for comparative study. The Needle galaxy reveals several features that scientists also find in the Milky Way. Both are spiral galaxies with dark lanes of interstellar dust that are blocking some of the light pouring out of their galactic cores.

Many background galaxies are also visible in this image, giving full meaning to their nickname of “island universes”.