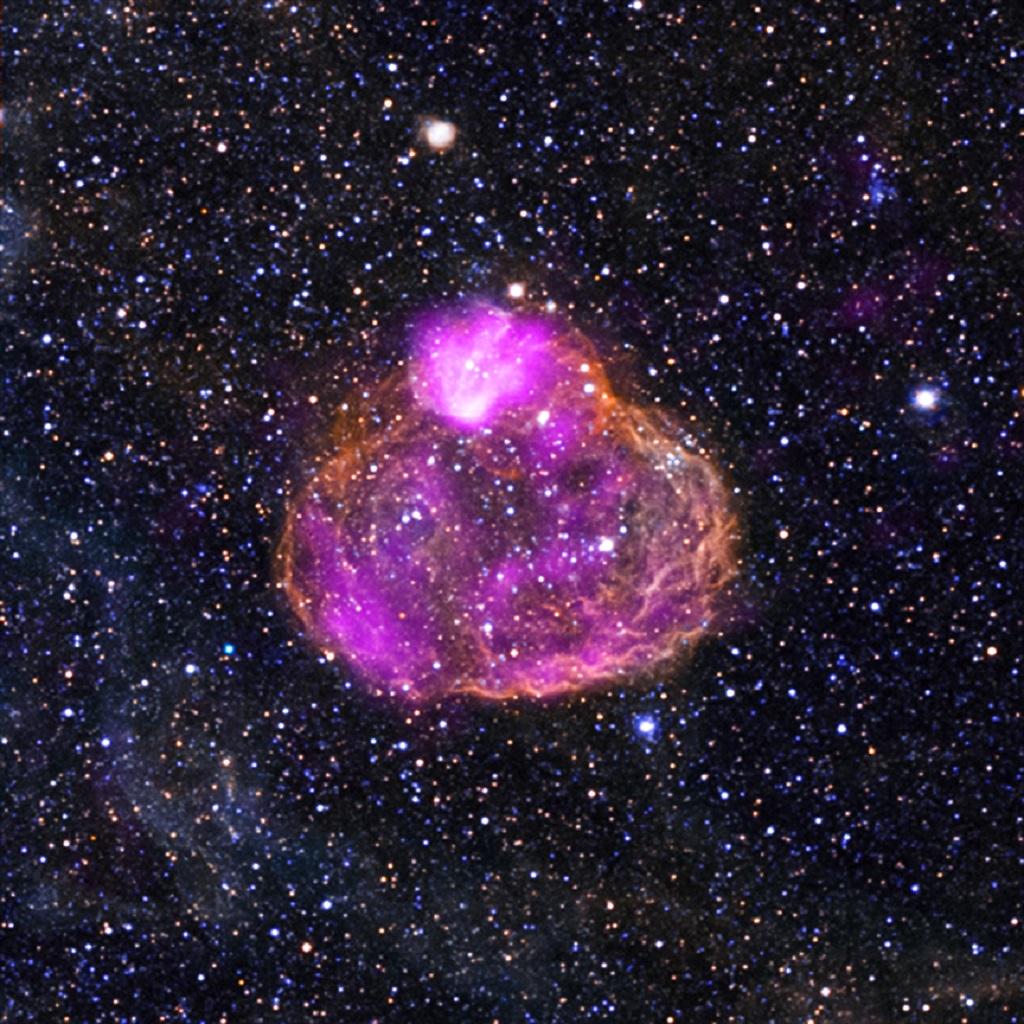 DEM L50 (also known as N186) is a superbubble of about 950 light-years across, located some 163,000 light-years away from Earth in the Large Magellanic Cloud (LMC), a satellite galaxy to our Milky Way, in the southern constellation of Mensa (the Table Mountain).

The shape of DEM L50 is approximately an ellipse, with a supernova remnant named SNR N186 D, located on the northern edge of Dem L50 (the small, very bright, flower-shaped object).

Superbubbles are found in regions where massive stars have formed in the last few million years. These massive stars produce intense radiation, expel matter at high speeds, and race through their evolution to explode as supernovae. The winds and supernova shock waves carve out huge cavities called superbubbles in the surrounding gas.

The LMC contains several of these superbubbles. One such region, located around the star cluster NGC 1929, is the nebula LHA 120-N 44 or N 44 for short, of some 1,200 light-years across. Like N44, DEM L50 gives off about 20 times more X-rays than expected from standard models for the evolution of superbubbles. A Chandra study published in 2011 showed that there are two extra sources of the bright X-ray emission: supernova shock waves striking the walls of the cavities, and hot material evaporating from the cavity walls.

X-rays from NASA’s Chandra X-ray Observatory are shown in pink and optical data from the Magellanic Cloud Emission Line Survey (MCELS) are colored in red, green and blue. The MCELS data were obtained with the University of Michigan’s 0.9-meter Curtis Schmidt telescope at Cerro Tololo Inter-American Observatory (CTIO).