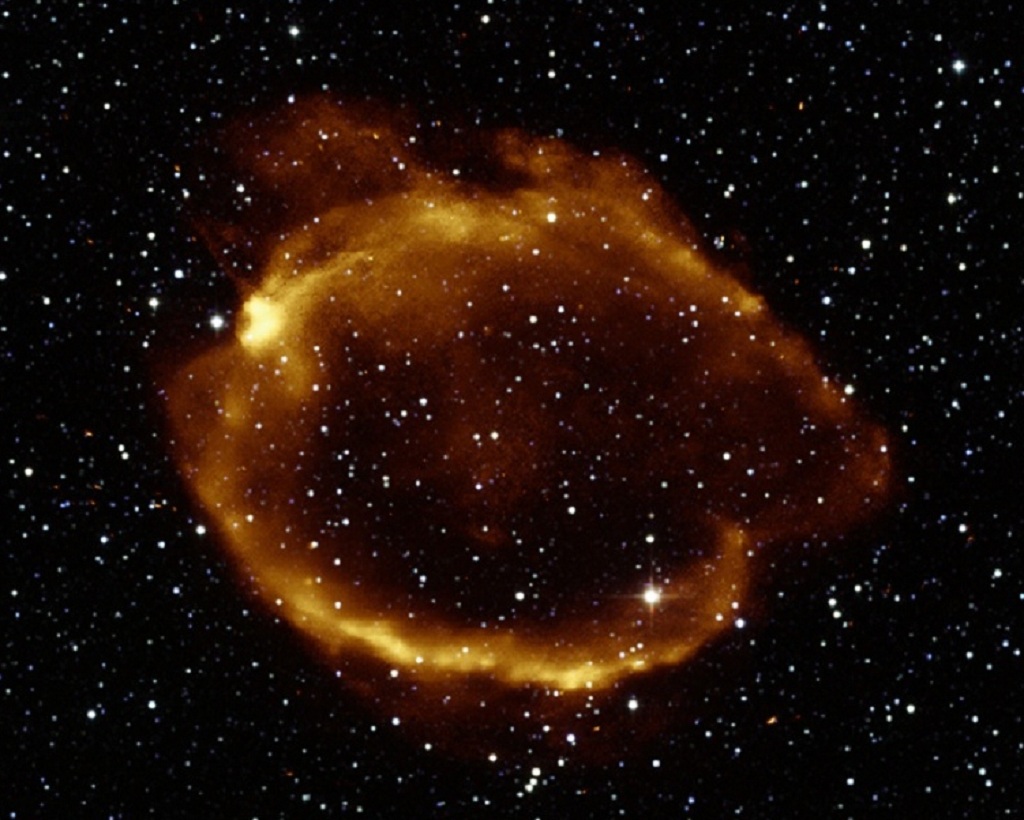 G299.2-2.9 is a middle-aged supernova remnant with a size of 85.5 x 52.25 light-years, located about 16,000 light-years from Earth in our Milky Way galaxy, toward the constellation Musca. Evidence points to G299.2-2.9 being the glowing remains of a Type Ia supernova, where a white dwarf has grown sufficiently massive to cause a thermonuclear explosion.

Because, at an age of about 4,500 years, it is older than most supernova remnants, G299.2-2.9 gives a look at how the remnants evolve over time. It also provides a probe of the Type Ia supernova explosion that produced this structure.

This image shows clearly the bright knots, shell, and diffuse emission extending beyond the bright shell, as well as the faint inner region. X-ray emission from this inner region reveals relatively large amounts of iron and silicon, as expected for a remnant of a Type Ia supernova.

The outer shell of the remnant is complex, with at least a double shell structure. Typically, such a complex outer shell is associated with a star that has exploded into space where gas and dust are not uniformly distributed.

Since most theories to explain Type Ia supernovae assume they go off in a uniform environment, detailed studies of this complicated outer shell should help astronomers improve their understanding of the environments where these explosions occur.