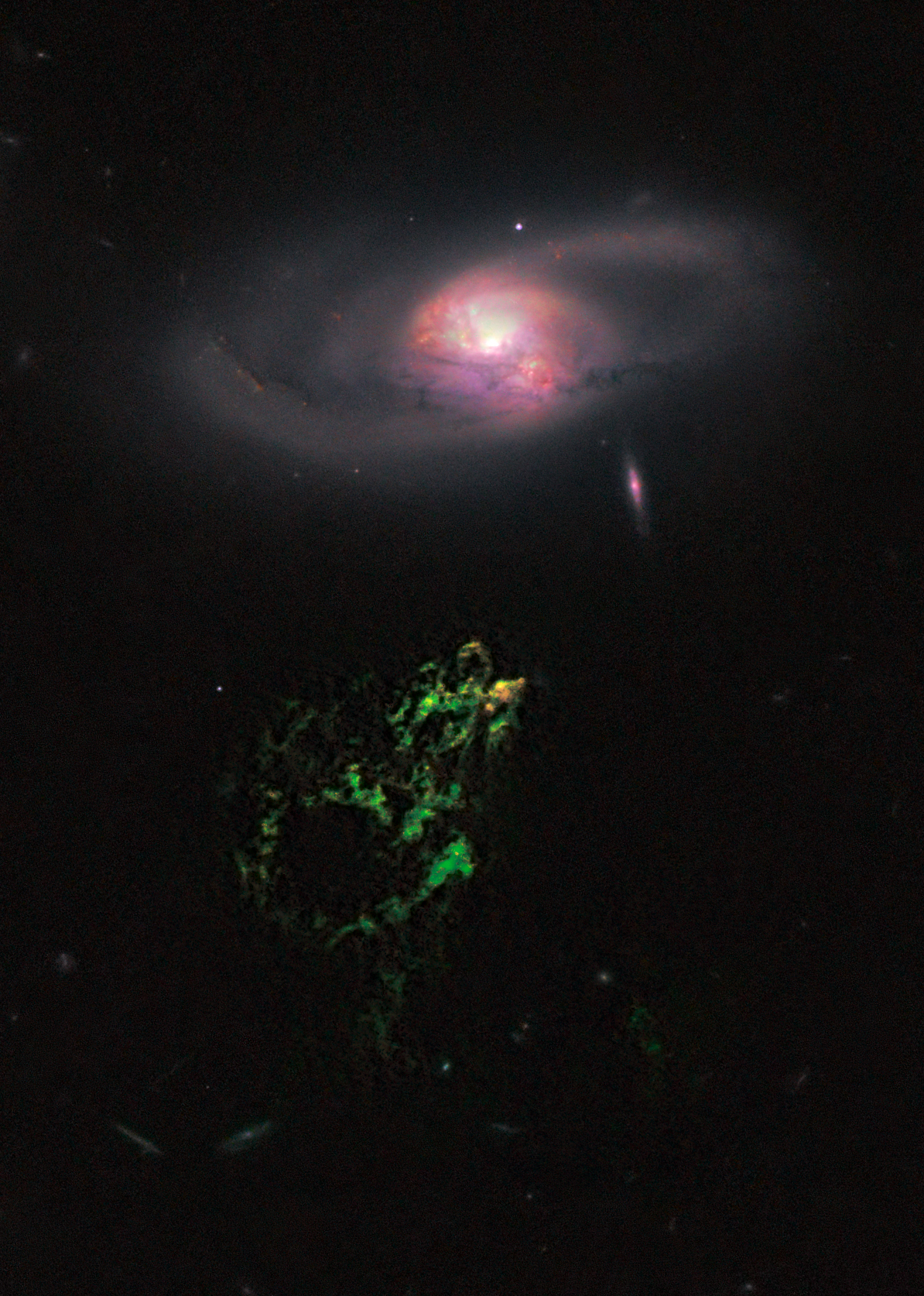 Hanny’s Voorwerp, Dutch for Hanny’s Object, is a supergiant cloud of green-glowing gas about 650 million light-years away in the constellation Leo Minor.

It is an astronomical object of unknown nature which appears as a bright blob a mere 10,000 light-years away from spiral galaxy IC 2497. The object is about the size of our Milky Way and has a huge central hole over 16,000 light-years across.

Star birth is occurring in the region of the object that faces IC 2497 (seen in yellow). Radio observations indicate that this is due to an outflow of gas arising from the galaxy’s core which is interacting with a small region of Hanny’s Voorwerp to collapse and form stars. The youngest stars are several million years old.

Like many galaxies, IC 2497 contains a supermassive black hole at its center. The infall of matter into the black hole generates a jet of radiation emitted in a specific direction. The great cloud of gas (Hanny’s Voorwerp) just happens to be in the firing line. The black hole radiation is ionising the gas, causing it to glow green.

Objects like Hanny’s Voorwerp are very rare because the jets from black holes are highly directional, so only occasionally do unlucky gas clouds get caught in the cross fire.