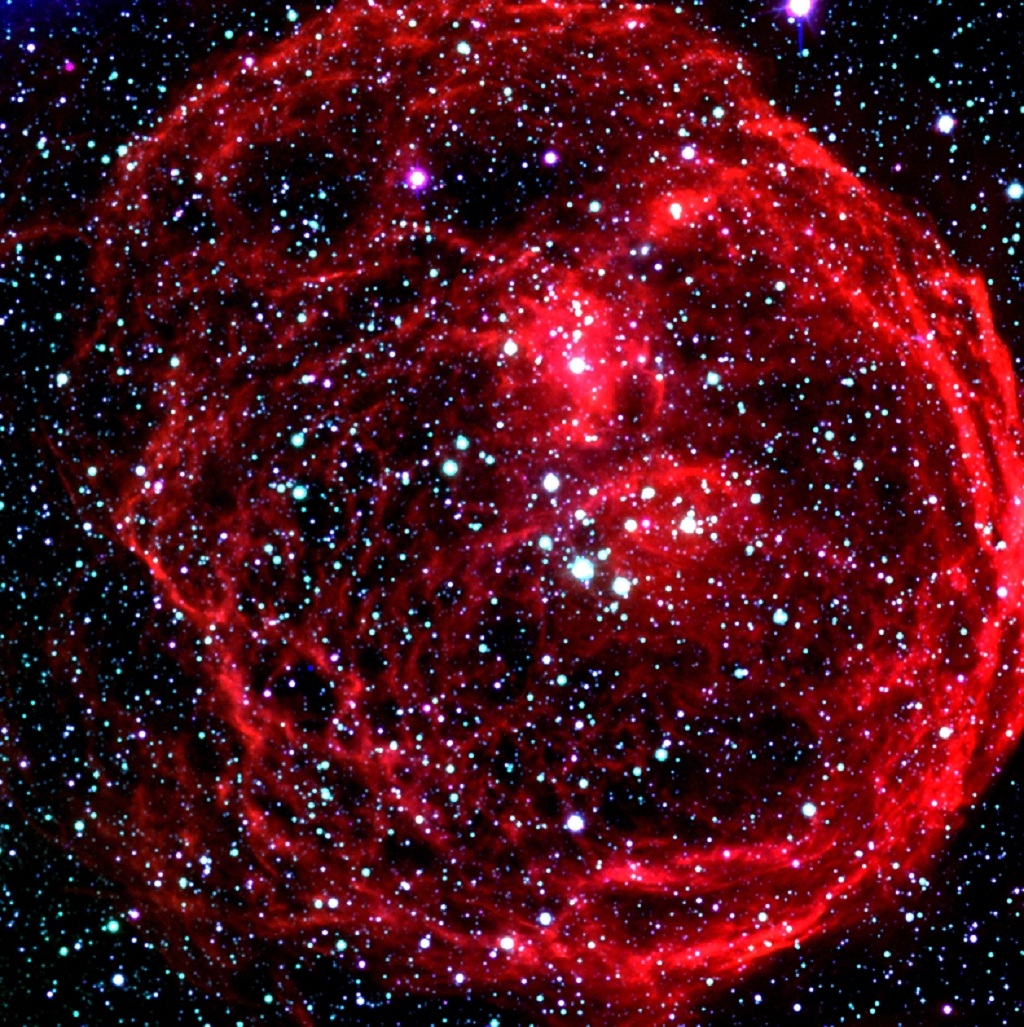 Henize 70 (also known as N70 and DEM301) is a bright superbubble of about 300 light-years across within the Large Magellanic Cloud (a satellite galaxy to our Milky Way galaxy), located some 160,000 light-years away in the southern constellation of Dorado.

Superbubbles are large bubbles of interstellar gas, blown by winds from hot, massive stars and supernova explosions, and their interiors are filled with tenuous hot expanding gas.

At the center of Henize 70 is a small group of extremely hot and massive stars. Some of these stars are rapidly losing mass and have stellar winds blowing from their surfaces with velocities that approach 4000 kilometers per second.

Because the lifetimes of massive stars are measured in only tens of millions of years, after one supernova has swept clear a bubble around itself, there isn’t enough time for the interstellar medium to back-fill the cavity before other stars explode in the same region. Each subsequent supernova will rejuvenate the cavity left by the previous ones.

These superbubbles provide astronomers with an excellent opportunity to explore the connection between the life-cycles of stars and the evolution of galaxies.

This image shows a three-colour composite of Henize 70 based on CCD frames obtained with the FORS2 instrument in November 1999.