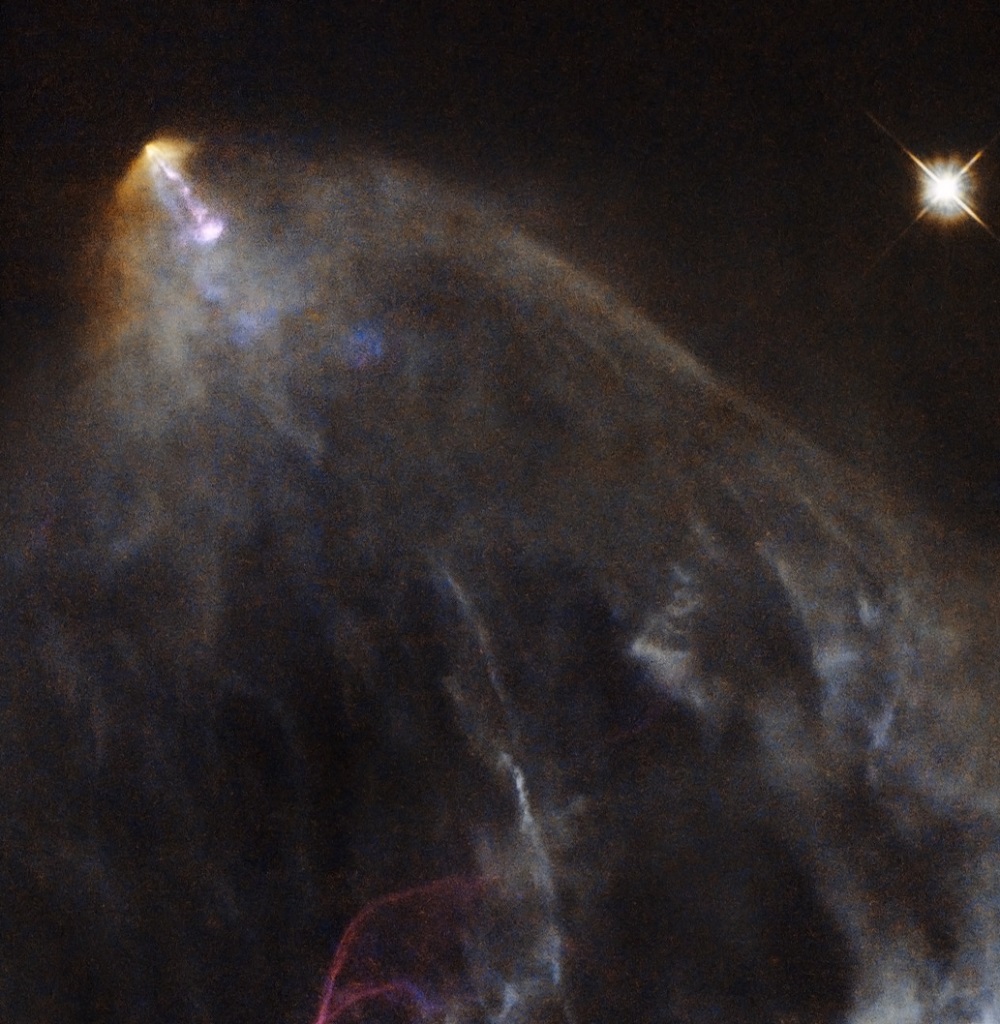 HH 151 (Herbig-Haro object 151) is a bright jet of glowing material, trailed by an intricate, orange-hued plume of gas and dust, located some 460 light-years away from Earth in the constellation of Taurus (the Bull), near to the young, tumultuous star HL Tau.

These narrow jets of gas and matter, ejected by newly born stars at speeds of several hundred kilometers (or miles) per second are called Herbig–Haro objects (HH) – named after astronomers George Herbig and Guillermo Haro who studied the outflows in the 1950s. They collide with nearby gas and dust in the interstellar medium, producing shock fronts that glow brightly as the gas is heated by the friction.

The jet phase stops when the disk runs out of material. After at most a few tens to a few hundreds of thousands of years after the star’s birth, the jets disperse in the interstellar medium under the action of fierce winds produced by the newly formed star. The jets can evolve visibly over quite short timescales, on the order of years, as they move rapidly away from their parent star into the gas clouds in interstellar space.

This image is taken with the Wide Field Planetary Camera 2 onboard the Hubble Space Telescope, using optical and infrared filters. A version of this image was entered into the Hidden Treasures image processing competition by Gilles Chapdelaine.