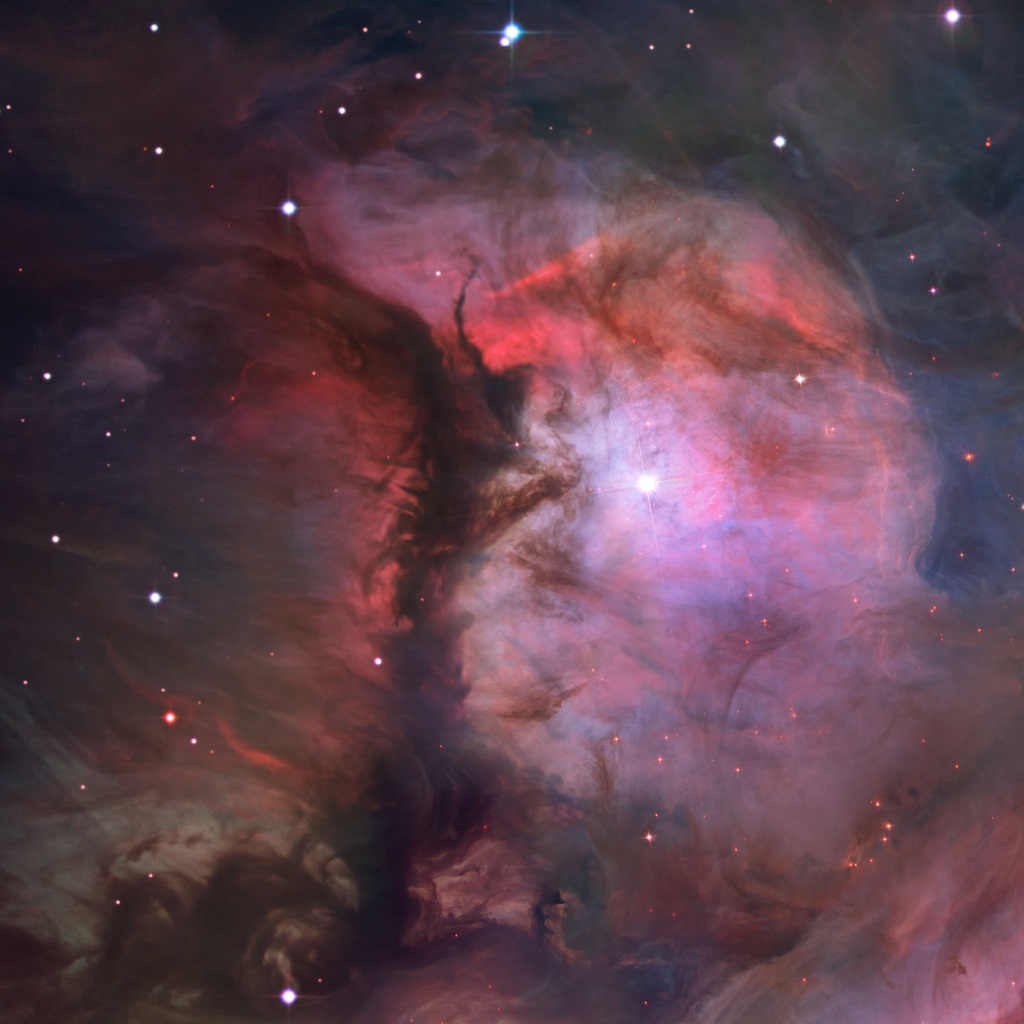 Messier 43 (also known as NGC 1982 or De Mairan’s Nebula, after its discoverer Jean-Jacques Dortous de Mairan) is a star-forming (H II) region of some 3 light-years across that lies about 1,600 light-years away from Earth in the Orion Arm of our Milky Way galaxy, in the constellation of Orion (the Hunter).

This comma-shaped emission and reflection nebula is an outer part of the famous Orion Nebula (Messier 42), separated from the much larger main nebula by only a dark dust lane. Both nebulae are part of the massive stellar nursery called the Orion Molecular Cloud complex, which includes several other nebulae, such as the Horsehead Nebula (Barnard 33) and the Flame Nebula (NGC 2024). The Orion Molecular Cloud complex is one of the closest massive star-forming regions to Earth.

Messier 43 surrounds the massive, young, variable star HD 37061 (also known as NU Orionis). Apparently, the nebula of dust and gas is sculpted and illuminated by this star, which is quite cool for a central star of an H II region, and accounts for the comparatively low luminosity of the nebula at all wavelengths. However, this star is far from being alone…. Messier 43 contains its own, separate small cluster of stars, and the whole Orion Molecular Cloud complex is littered with stars being born.

This picture shows several of the brilliant hot young stars in this less-studied region of the Orion Nebula.

The image is a part of one of the most detailed astronomical images ever produced of the Orion Nebula, which took 105 Hubble orbits to complete. All imaging instruments aboard the Hubble Space Telescope – the ACS, Wide Field and Planetary Camera 2, and Near Infrared Camera and Multi-Object Spectrometer – were used simultaneously to study the Orion nebula.