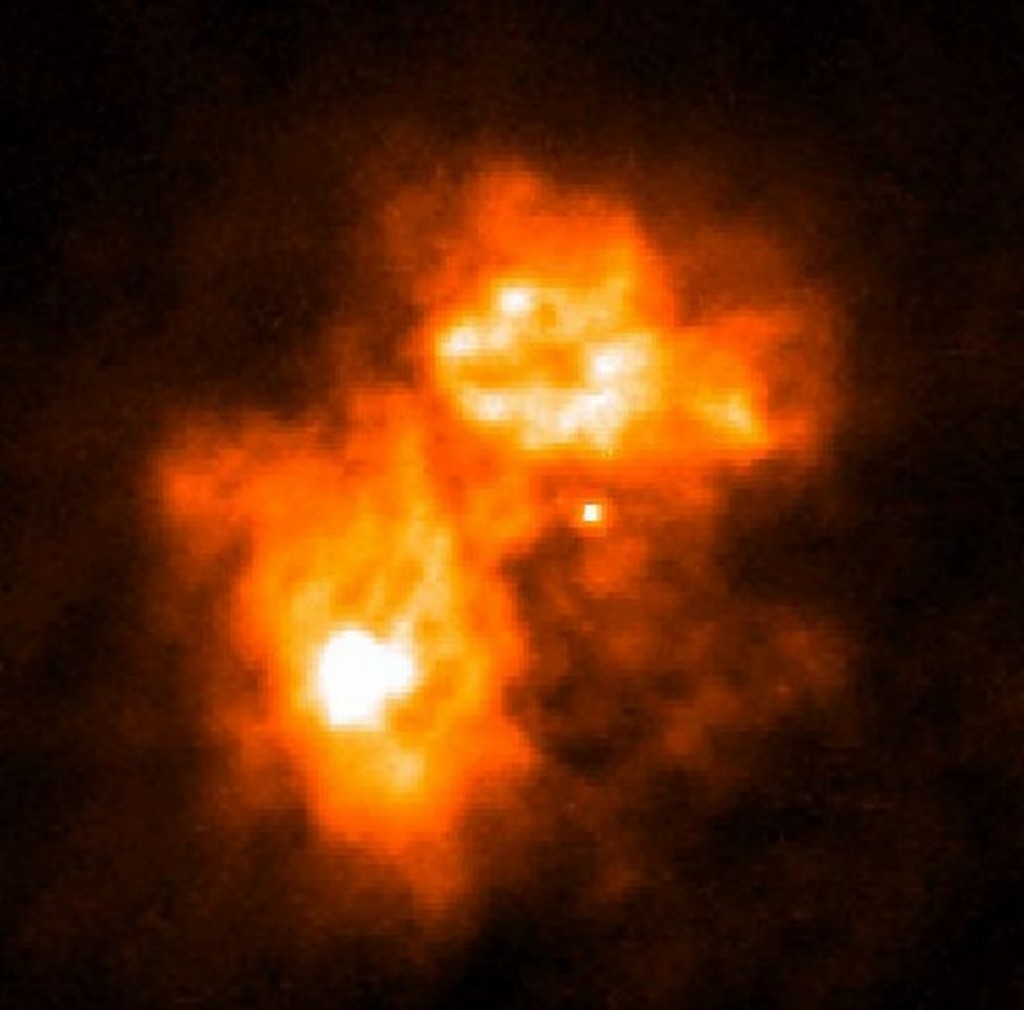 The Papillon nebula (N159-5) is a butterfly-shaped High Excitation Blob (HEB) of less than 2 light-years across within the nebula N159, a turbulent star-forming region of more than 150 light-years across. It is located in the Large Magellanic Cloud, about 170,000 light-years away in the constellation of Dorado.

High Excitation Blobs (HEBs) are compact H II regions, a rare class of ionized nebulae in the Magellanic Clouds. They are characterized by high excitation, small size, high density, and large extinction compared to typical Magellanic Cloud H II regions. These objects are tightly linked to the early stages of massive star formation, when the stars begin to hatch from their parental molecular clouds.

This compact ionized “blob” is buried in the center of the maelstrom of glowing gases and dark dust in N159. This image shows unprecedented details of the structure and internal morphology of the Papillon nebula (“Papillon” is French for “butterfly”).

A possible explanation of its bipolar shape is the outflow of gas by strong stellar winds from newborn massive stars (over 10 times the mass of our Sun), hidden in the central absorption zone. Such stars are so hot that their radiation pressure halts the infall of gas and directs it away from the stars in two opposite directions. Presumably, a dense equatorial disk formed by matter still trying to fall in onto the stars focuses the outstreaming matter into the bipolar directions.

It is rather rare that we can see massive stars so early after their birth.

This image was taken on September 5, 1998 with the Wide Field Planetary Camera 2 onboard the Hubble Space Telescope.