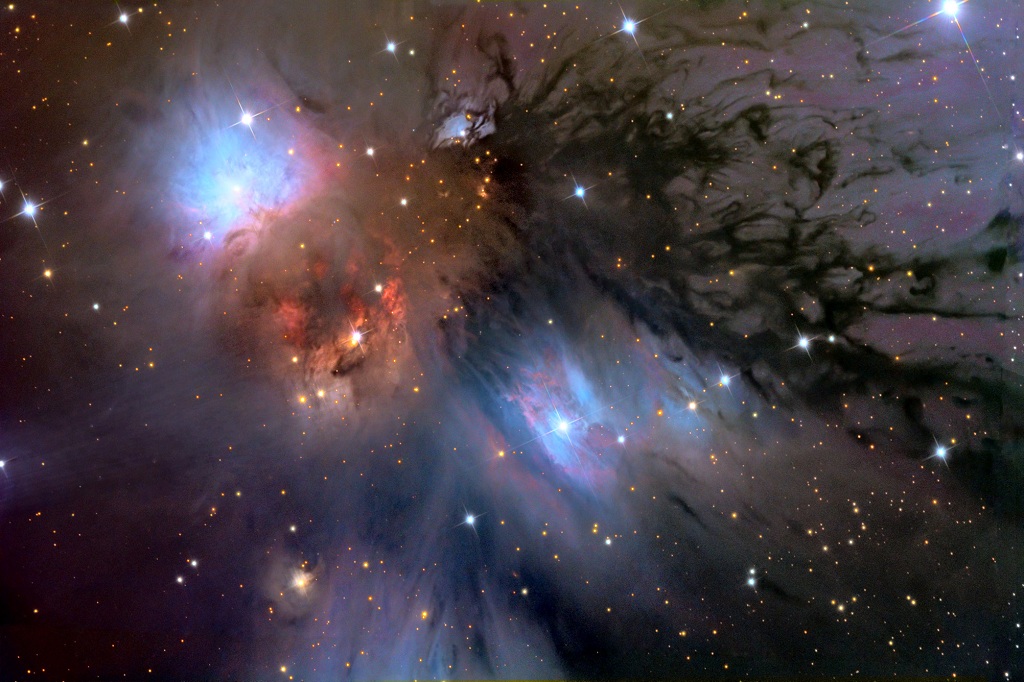 NGC 2170 is a dusty reflection nebula and stellar nursery that formed about 6 to 10 million years ago, located at the edge of the elliptically shaped, giant star-forming molecular cloud Monoceros R2 (Mon R2), some 2,700 light-years away in the constellation of Monoceros.

In fact, NGC 2170 is just the blue nebula in the upper left corner, while this enigmatic region — of more than 15 light-years across — in this image, displays a mix of nebula types.

The bluish areas are reflection nebulae, so-named because they reflect the light of nearby hot stars. The dust particle size in these areas preferentially reflects blue light, similar to cigarette and other kinds of smoke. The red areas are emission nebulae, and shine because ultraviolet light from nearby stars excites hydrogen and other gas atoms in the nebula, which then emit light of their own in specific colors. Finally, what looks a bit like black ink spilled across the image are dark absorption nebulae, and are only seen because of the light that they block. In other words, the dark nebula is seen in silhouette.