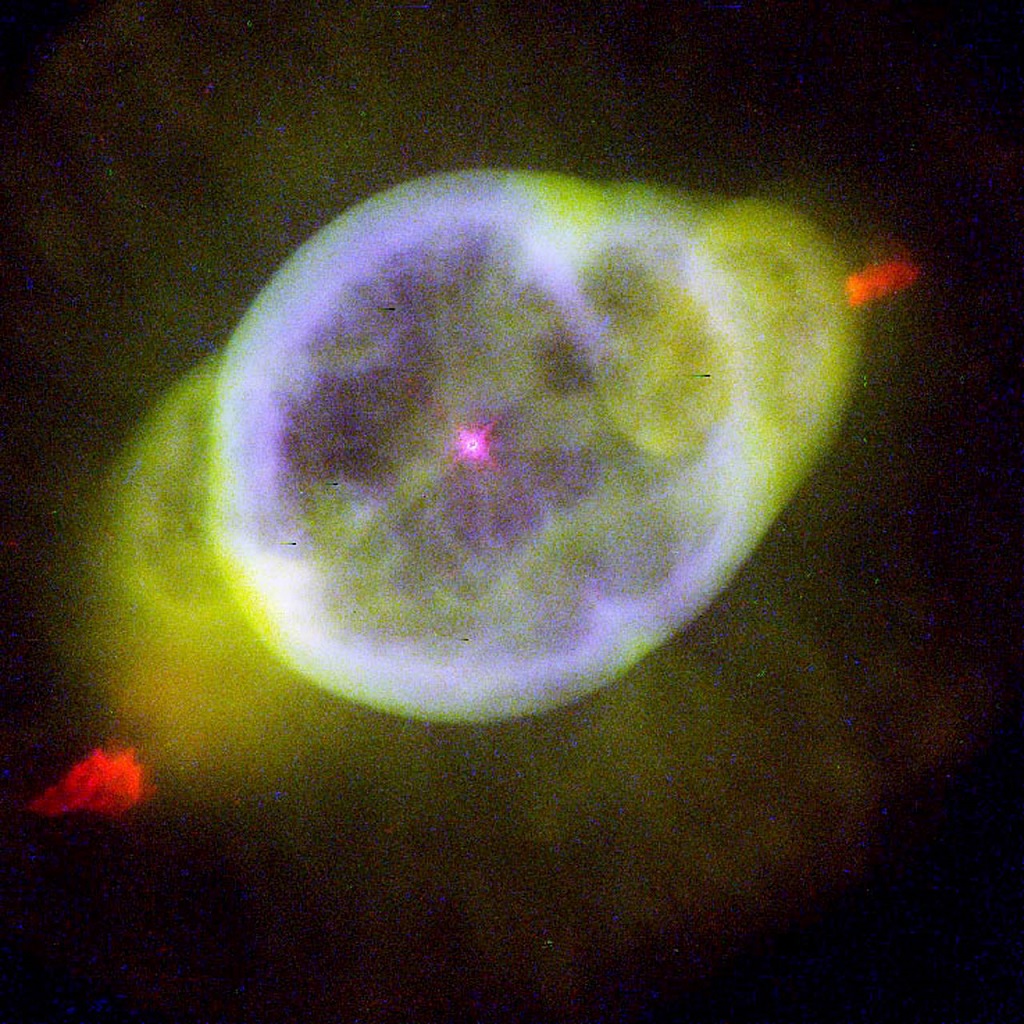 NGC 3242 (also known as the Ghost of Jupiter) is a planetary nebula located some 1,400 light-years away from Earth in the constellation of Hydra (the Water snake). The inner ring stretches to around half a light-year wide, the outer somewhat farther.

It is expanding with a velocity of just under 30 kilometers per second, while it is receding from us at about 4.7 kilometers per second. The bright magnitude 12.1 central star, with a temperature of 90,000 Kelvin, shines with the total light of around 1000 Suns. In a small telescope it appears as small, oval disk that bears a close resemblance to Jupiter (hence the name).

Over the next several thousand years, the nebula will gradually disperse into space, and then the white dwarf will cool and fade away for billions of years. Our own Sun is expected to undergo a similar fate, but fortunately this will not occur until some 5 billion years from now.

NGC 3242 has a bright, strongly elliptical inner ring which resembles the outline of a human eye (the reason that this nebula is sometimes referred to as the Eye Nebula). The central white dwarf star, cataloged as HD 90255, is visible right at the center of the elongated inner ring, completing the “Eye”. This central nebula is embedded in a much larger faint halo. The red blobs on both sides of NGC 3242 are emissions of nitrogen gas from the dying star.

It can easily be observed with amateur telescopes, and appears bluish-green to most observers. Larger telescopes can distinguish the outer halo as well.

This image is taken with the Wide Field Planetary Camera 2 onboard the Hubble Space Telescope.