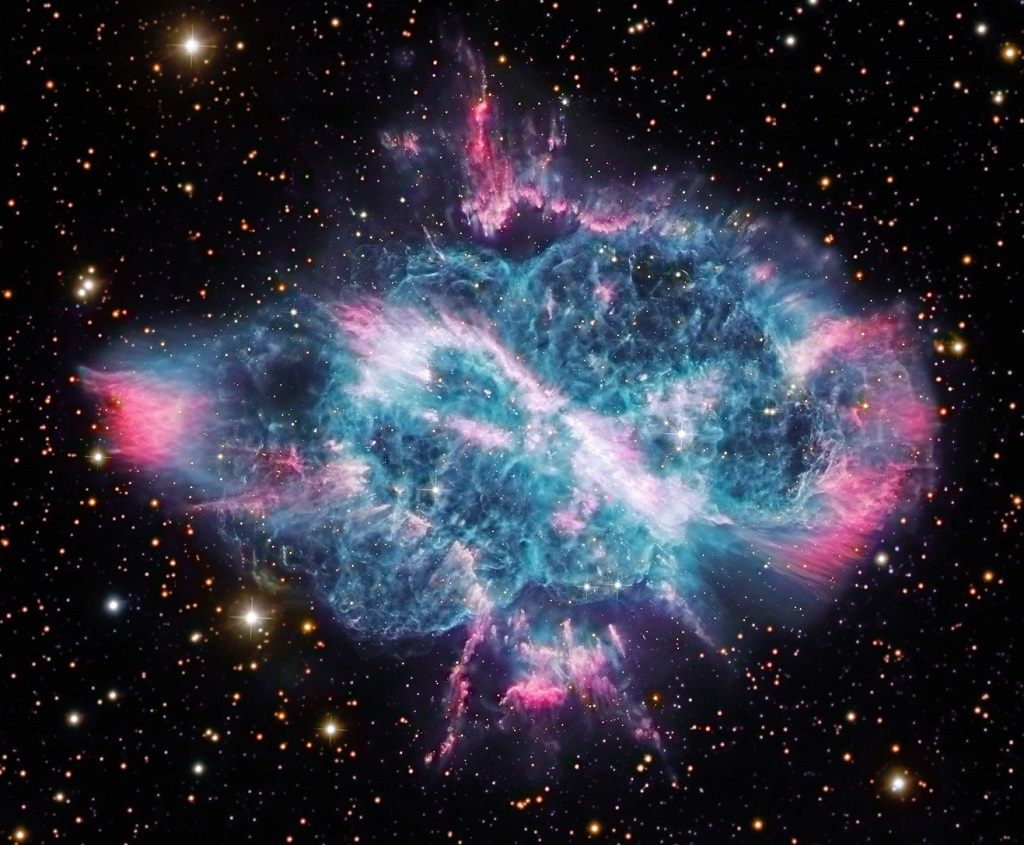 NGC 5189 (also known as IC 4274 and the Spiral Planetary Nebula) is a symmetric planetary nebula of about 3 light-years across, located some 3,000 light-years away from Earth in the southern constellation of Musca, the Fly. It is slowly approaching us at approximately 9.5 kilometers per second.

NGC 5189 certainly does not mimic a planet: the nebula forms a distinctive S-shape. The overall shape can tell us about what is happening on very small scales around the tiny central star (HD 117622). It is reminiscent of a lawn sprinkler, with matter being expelled from the star, which is wobbling as it rotates.

Most of the nebula is filamentary in its structure with a series of dense knots in the clouds of gas. These knots are a reminder of just how vast the nebula is. They might look like mere details in this image, but each and every one is a similar size to the entire Solar System.

The gas and radiation flowing out from the dying central star carves out shapes in the clouds, forming glowing bow-wave-like patterns towards the center of the nebula. This star, a dense white dwarf, is far too small to see as anything other than a point of light, even though it is roughly the size of the Earth.

The double bipolar structure of NGC 5189 could be explained by the presence of a binary companion orbiting the central star and influencing the pattern of mass ejection during its nebula-producing death throes. However, there is no visual candidate for the possible companion.

This composite image is based on observations made with the NASA/ESA Hubble Space Telescope, and obtained from the Hubble Legacy Archive.