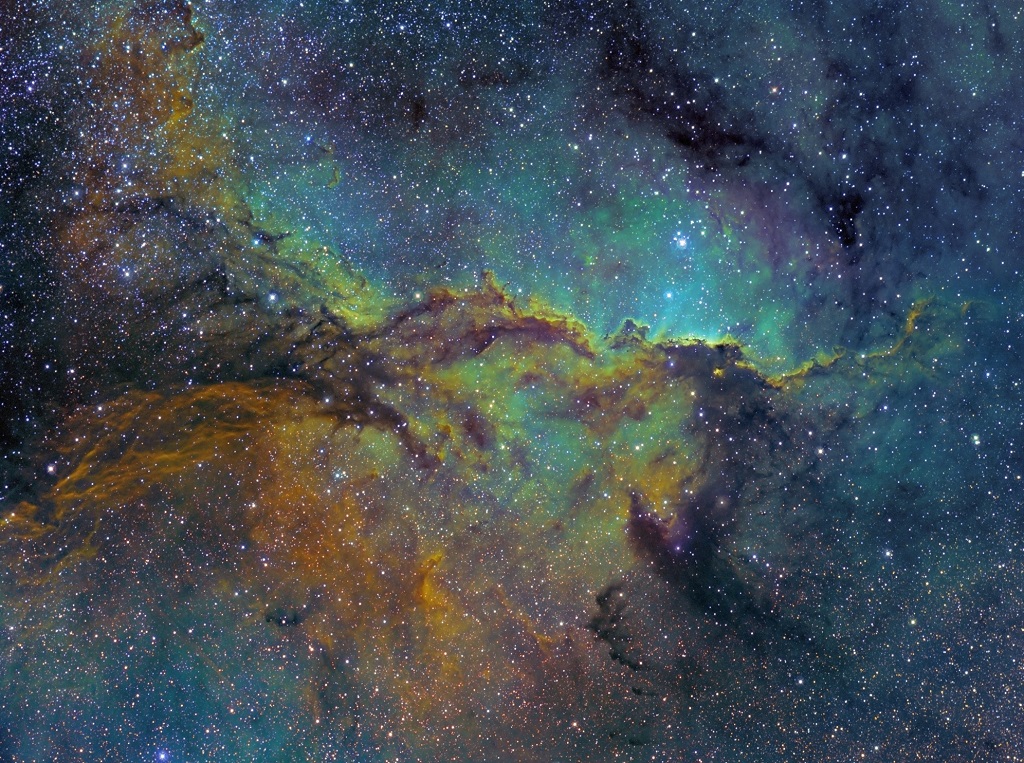 NGC 6188 (also known as The Great Wall of Ara or Fighting Dragons of Ara) is an emission nebula of roughly 600 light-years across that lies some 4,000 light-years away, in the southern constellation of Ara. It is receding from us at approximately 23 kilometers per second.

This region of dense gas clouds and obscuring dust lanes is lying near the edge of a large molecular cloud and immense expanding bubble of neutral hydrogen gas. It is illuminated by a young, bright, open star cluster, named NGC 6193, which is the core of the vast Ara OB1 association of hot, young stars.

This 1 to 3 million years old cluster contains 27 stars visible to the unaided eye and is unusually rich in close binary stars. In fact, the two hottest and brightest stars of the cluster, HD 150135 and HD 150136, are causing NGC 6188 to glow.

The latter (HD 150136) is a massive, very close binary system of two massive O-type stars, so close they nearly touch each other. As their stellar winds combine, huge amounts of x-rays are created, whereas the hot, massive stars of NGC 6193 are emitting the ultraviolet radiation that is presently eroding the eastern edge of the parent molecular cloud and may be triggering and sustaining further star formation.

The recent star formation itself was likely triggered by winds and supernova explosions, from previous generations of massive stars, that swept up and compressed the molecular gas.